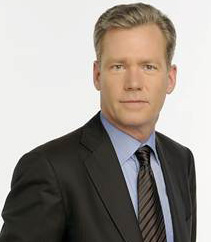 The National Enquirer reported that it has caught Chris Hansen, host of NBC’s “To Catch a Predator” segment on Dateline, cheating on his wife. In an ironic turn, the 51-year old Hansen, whose segment was aimed at catching sexual predators on tape as they attempted to engage in sexual relationships with minors, has now, himself, been caught on tape with a Florida-based television reporter 20-years his junior, Kristyn Caddell.

According to the National Enquirer, hidden cameras captured Hansen and Caddell having dinner and then returning to her apartment. The National Enquirer also report the affair has been continuing for the past four months and Hansen would travel to Miami and Palm Beach frequently to see Caddell.

Hansen, who lives in Connecticut with his wife and two children, has not responded to the accusations. And, if confirmed, Hansen will join our dubious list of Cheaters Caught by Tech.

That is too funny! SMH!

You go girl, track those

You go girl, track those cheaters!!!

I can believe Chris Hanson

I can believe Chris Hanson - you are on your way Sabrina keep it going.

A touch of Schadenfreude

“Shtick” is the bon mot to describe his ‘work’ on TCAP, a show I have to admit to being addicted to. Whenever I go to bed hating life and feeling miserable for myself, this is just the ticket. Hansen kept prefacing the trial by humiliation as the latest set of his “investigations” which seem to involve little more than having a bunch of vigilantes pose as 13 year olds to entrap people through false pretences and do all the work whilst he then emerges from the shadows, reads the transcript provided to him, repeats whatever the suspect says with a measured tone of sarcasm, and then asks penetrating questions such as “Help me understand- what were you thinking?” (Um, they wanted to have sex with an underaged girl. We established this the first series). He then asks them to spill their guts, all on national TV, before having them leave to be violently taken down by 20 obese bubbas wearing police uniforms (or fake tree costumes). Of course, there are no lawyers present and they admit everything without any trouble with Miranda whilst every word is recorded. What is shown on TV is heavily edited to limit embarrassment for Hansen and play up the goon-factor for the masses.
www.tracesofevil.com

Well, at least she wasn't

Well, at least she wasn’t 13! Idiot. People who are in the public eye should know better than ANYONE that you can’t get by with anything these days!