by Suzanne Kantra on June 20, 2011
in Family and Parenting, News, Computers and Software, Phones and Mobile, Mobile Apps, Blog :: 4 comments 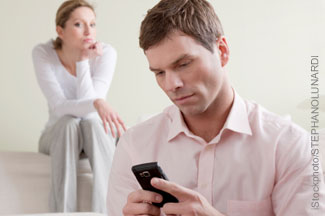 Anthony Weiner is hardly the first politician or celebrity to get tripped up by using modern technology while engaging in sexual relationships — whether real or virtual — outside his marriage. Though in a world of text messages and email scandals, Weiner may earn the ignominious recognition as the first U.S. politician to be brought down by Twitter. But there are other notables who can share the spotlight with Weiner for their unfaithful actions, trapped by technology:

As more revealing photos came out that he had sent other women, including some of nearly nude poses in the Congressional gym, the recently married Weiner was finally forced to resign.

Lee is another married New York congressman who trolled the “Women seeking Men” section of Craigslist pretending to be a single lobbyist. Responding to a post, Lee sent a shirtless picture and engaged in email flirtation.

One woman, figuring out Lee’s true identity through his Gmail address which was tied to his Facebook account, went to Gawker with the story. Lee resigned shortly thereafter. The whole episode was tame by Weiner standards, but a followup report in Gawker suggested that Lee may have had a history of soliciting transgender prostitutes on Craigslist. His seat in the heavily Republican district is now held by a Democrat.

Former New York Jets quarterback Brett Favre had a long history of womanizing prior to getting married, and it didn’t stop after his nuptials.

In 2008, Favre was accused of texting nude photos of himself to and leaving crude voicemails for Jets’ employee, Jenn Sterger. After the allegations (and texts) came out, other Jets employees came forward with claims of graphic texts and sexual harassment from Favre. The NFL ultimately fined Favre $50,000 for refusing to cooperate with the investigation.

Motorcycle bad boy, Jesse James, cleaned up his image when he married actress Sandra Bullock. Unfortunately, he didn’t clean up his act.

The one-time presidential hopeful had an email exchange with his speechwriter about a draft statement he was working on to acknowledge what he had denied in public: that he was the father of an out-of-wedlock child, "along with knowledge of payments to keep his pregnant mistress in hiding," people familiar with the case have told the Associated Press.

The federal government is accusing Edwards of improperly using campaign money to keep that former mistress, Rielle Hunter, out of the public eye as he pursued the White House. Edwards says he did not break the law. But those emails could wind up being used by prosecutors if the case continues on its way to trial. From presidential candidate to felon would be quite a fall.

Like the others on this list, Tiger’s tech transgressions were spilled publicly with his lurid text messages, followed by voicemails of concern that his wife would find out about the affairs. His wife soon divorced him, taking along $750 million and the kids.

Concerned about the status of your own relationship? Check out our 10 tech tips to catching a cheating spouse.

Correction in the name:)

The politician’s name is Anthony Weiner not Andrew Weiner.

Thanks Linda! Corrected it.

Part of the problem these days is that MOST women don’t reciprocate often enough during marital intercourse. For many men, marital intercourse is a chore, not to mention PRESSURE to satisfy the wife and keep an erection until she “climaxes”  otherwise you have FAILED during the sexual encounter. Some men will seek other women who are able to satisfy their needs or others, like myself, will seek Cyber/internet sex, which allows men to escape into fantasy with no pressure or hassle.  Its nice to be able to focus just on YOU every once in awhile. Also, most REAL women lack creativity in the bedroom opposed to the prettier women on the internet who understand men’s needs and make a living at it. even when real women try to do the things cyber babes do, it still comes out “mechanical” or fake.  I don’t know how this problem can be resolved.  As a result of these experiences plus the other common marital issues (financial, in-laws, moodiness, nagging, other baggage) I am a much happier man flying solo as an autosexual these days. I’m so happy with my new status, it wouldn’t even make sense to start dating a real woman again. there’s just too many options in the internet/cyber candy store ...and its getting bigger and better all the time!

The $750M settlement amount was incorrectly reported early on, which was then later corrected to $100M.

I could still live comfortably with $100 though!