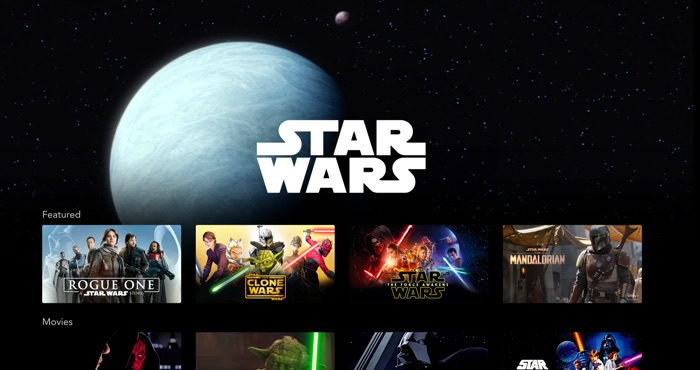 The new Disney+ streaming service will be launching on November 12, and we finally have a complete list of the lineup. We already knew some titles that would be part of the service, with original shows from Star Wars, Marvel, Pixar serving as headliners for this Disney-specific streaming service. But Disney is digging into its back catalog, starting with 1937’s Snow White and the Seven Dwarves, and including blockbusters like 30 seasons of The Simpsons and titles that were never available on streaming services, like the original Star Wars films. The list goes all the way up to the latest 2019 films, and includes originals that will be be exclusively available on launch day: including the Star Wars series The Mandalorian, the new Lady and the Tramp film, and The World According to Jeff Goldblum docuseries.

Disney+ will be offering an extensive list of films and shows — so extensive, in fact, that Disney’s launch trailer is more than three hours long to only show short snippets of each piece. Disney+ will start off with 300 movies on day one, and it will only grow from there — Disney expects to have 500 films and 7,500 episodes of television within a year.

Despite being packed with gems, when the service goes live you may have to search to find them, because Disney has made plenty of movies that would be better left forgotten. The 70s and 80s are filled with oddball comedies and a long list of films with animal co-stars. (If, for example, you've ever wanted to see Kurt Russell acting alongside a chimpanzee, The Barefoot Executive will be on Disney+ at launch.) But some of the back catalog didn’t make the cut. Disney’s earliest animated shorts, like Steamboat Willie, aren’t on offer, and neither is the controversial Song of the South (and some other now-controversial films). The original 70s and 80s Muppets Show series is nowhere to be found (though the new movies are there). And there will only be seven Marvel movies at launch: Disney+ skips many more recent films like Thor Ragnarok and Ant-Man and Wasp.

Even with what it’s missing, Disney+ is still a good deal at $6.99 per month or $69.99 per year. It’s packed with kid-friendly animated content as well Star Wars and Marvel movies and shows that will appeal to all ages. Compared to the $12.99 price of Netflix standard HD plan, that’s a bargain.