If you’ve ever tried to read comments on a popular Facebook page, you know how futile the exercise is. A well-visited page could have hundreds or thousands of comments on any given post. And if someone asks a question in the middle of the deluge of text, the answer often winds up getting buried where no one will read it.

Today, though, there’s good news: Facebook has officially begun rolling out a new threaded comment system for some of the social network’s most trafficked pages to make them easier to read.

Threading allows replies to comments to appear directly below the original post that’s being replied to, allowing for actual conversation. Threads with large numbers of likes and replies, as well as those involving people you’re friends with, will be prioritized. Popular pages have the option of launching threaded comments now or waiting until threading becomes mandatory on July 10. 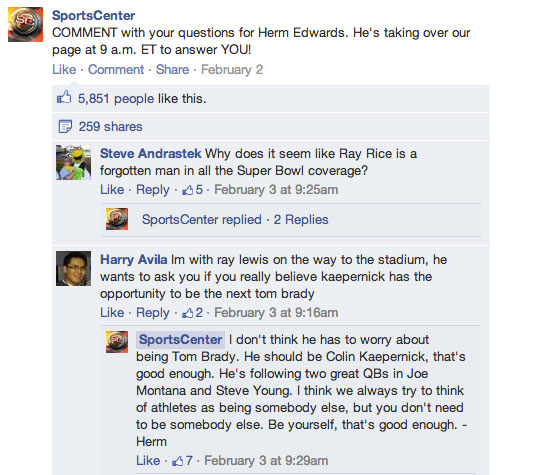 If you want comments to be threaded on your own personal Facebook profile, you’re out of luck, at least for now – the new feature is only being rolled out on large fan pages and personal profiles with over 10,000 friends. Still, should this rollout prove successful, it seems likely that Facebook will eventually offer threaded comments for all personal pages once the bugs are worked out.

Threading is just one of many quality-of-life changes in a huge year for Facebook updates. Earlier this month, Facebook began rolling out a new streamlined look to Timeline where posts and life events appear on the right-hand side, with everything else appearing on the left. In February, the social network introduced Graph Search, a powerful smart search tool that helps you learn more about your friends. And in January, Facebook began allowing you to make free voice calls using Facebook Messenger.