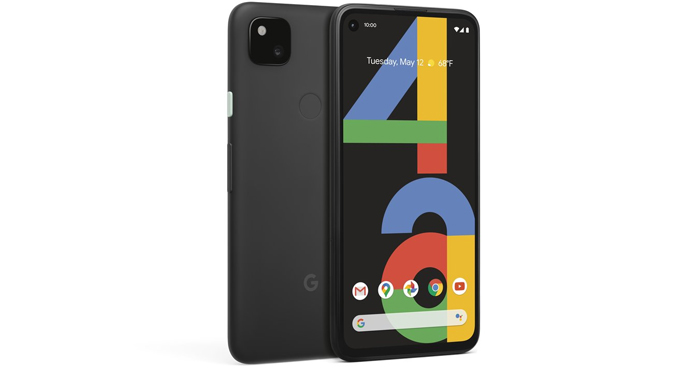 Google's upcoming Pixel 4a smartphone — shipping August 20 — presents a budget-friendly option for anyone in the market for a new Android phone. The Google-branded Pixel phones are always the first to get the latest Android features, and they aren't bogged down with extra software and clutter other manufacturers tend to install. But most Pixel models have a flagship phone price — the Pixel 4a, however, costs just $349, which is a modest price for a phone of its caliber. If your smartphone is in need of an upgrade — and you can't just stretch the life of you current phone — the Pixel 4a is well worth looking at.

How the Pixel 4a holds up to the competition

The specs on this phone don't quite match up to the flagship Google Pixel 4 (which starts at $799), but it isn't missing anything you're likely to notice in everyday use. The Pixel 4a has a big and bright 5.8" OLED screen (vs. the Pixel 4's 4.7-inch display) as well as a generous 128GB of storage space — that's twice as much storage as you'll find on the base model Pixel 4. It has a more powerful battery, too, which should give you all-day use (or at least a good 12 hours). It's powered by a Qualcomm Snapdragon 730G processor, which isn't the speediest on the market, but it will handle day-to-day tasks just fine.

The camera on the Pixel 4a is very good, though it only has a single camera lens while most pricy flagship phones — and even some more budget-friendly models — have at least two. Still, it's hard to tell the difference between snapshots taken with the Pixel 4 and the Pixel 4a, because Google's camera software is what really shines. You'll be hard pressed to find a phone that will match the Pixel 4 or Pixel 4a for low-light photography, including stellar shots of the night sky. The video performance is lacking, however — it can only record at a basic 1080p at 30 fps, which is disappointing when many value-priced smartphones can handle 4K resolution. But, again, the average user doesn't need to record in 4K.

The Pixel 4a will also include a couple of Android features that aren't widely available yet. The Personal Safety app lets you set up emergency contacts and medical information to make it easier to get help in an emergency situation. Its safety check feature will check in on you after a set amount of time, and if you don't respond it will send your location to your emergency contacts. It can also detect car crashes and automatically contact emergency services. It's a great security app, and it's currently only available on Pixel devices (find out how to get it for older Pixel devices).

The Pixel 4a also features Live Caption, which adds caption to audio and video in real time. This has been available on other Pixel phones for a while, but the Pixel 4a will also add captions to phone calls and videoconferencing, which will be a huge help to anyone with difficulty hearing.

The Pixel 4a isn't the very best phone on the market, but it offers a great set of features for just $349 — far less than you'll pay for a flagship phone.

You can pre-order the Pixel 4a now and it will ship on August 20.

5G is coming to the Pixel soon

Though the Pixel 4a doesn't support 5G, Google did announce two new phones that will: the Pixel 4a (5G) and the Pixel 5, both due out this fall. Depending on your wireless carrier and where you're located, that could mean much faster download speeds. But before you buy a phone just for the 5G label, you should check whether your carrier offers 5G service in your area. Speed and availability can vary widely.

There's no exact release date or price on these phones, but look for the Pixel 4a (5G) to start at $499. But expect the Pixel 5 to be a pricier flagship phone — if it follows the pricing of the Pixel 4, it will start at $799. If you want a Pixel phone with a little more power than the Pixel 4a, you can sign up to be notified when the phone is available.