Google showed off its two new flagship smartphones, the Pixel 7 ($599) and the Pixel 7 Pro ($899), at an event in New York City this week. While they look outwardly similar to the previous generation Pixel 6 and Pixel 6 Pro, there are differences on the inside – a new custom-built Tensor G2 chip and improvements to the camera.

I got some hands-on time with the new phones and was impressed by the hardware and software improvements to the camera, especially the incredibly detailed close-up images they took. However, if you're a Pixel 6 or 6 Pro owner, it's not quite enough to warrant an upgrade. 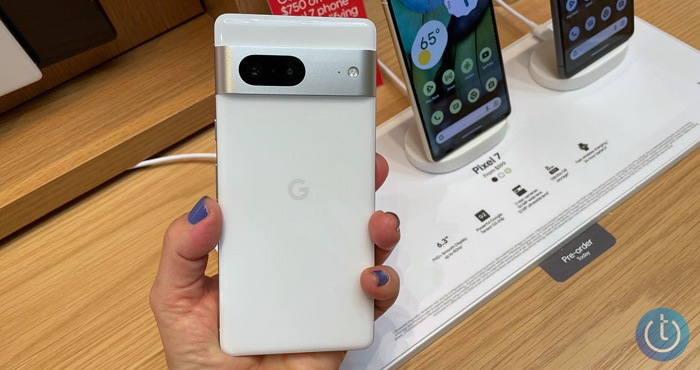 The biggest design change to the Pixel 7 line is the phones now have an aluminum camera bar in the rear running from one side to the other. It is a bit pronounced, but Google has made the bar a contrasting color to the phone and it looks quite attractive. The aluminum frame running around the phone is the same color as the camera bar. 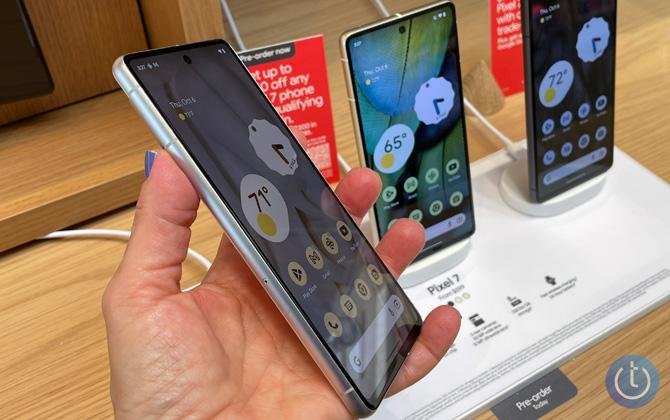 The Pixel 7 has a 6.3-inch 90Hz OLED display, which is a little smaller than the previous Pixel 6 (6.4 inches). The screen looks bright and crisp (Google says it is 25 percent brighter than the Pixel 6), which will help with visibility outdoors. The phone has a matte aluminum frame and Gorilla Glass Victus back available in three color options (see below): Obsidian (black), Snow (white), and Lemongrass (soft yellow). 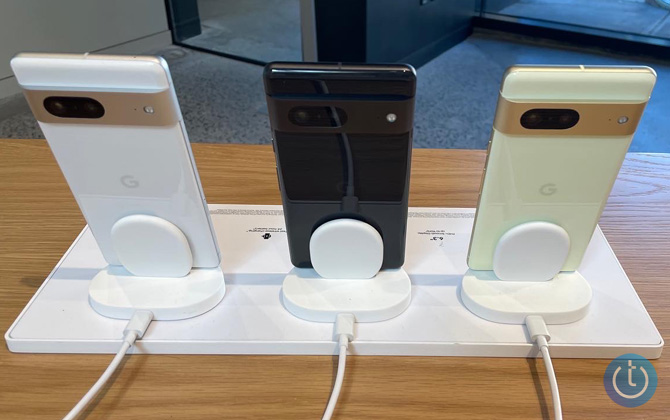 The Pixel 7 Pro is the more premium model and sticks with the same screen as the 6 Pro – a 6.7-inch 120Hz display for smoother scrolling and gaming. To visually differentiate it from the Pixel 7, the 7 Pro has a shinier, polished aluminum frame and the glass back comes in Obsidian (black), Snow (white), and Hazel (soft green).

Google’s new Tensor G2 processor powers the Pixel 7 and Pixel 7 Pro phones, making them faster and more helpful, especially with photos. While the phones have different camera configurations, the software enables them both to take sharper photos with features like Face Unblur and Cinematic Blur for videos. There’s also Real Tone technology which Google says will help more accurately represent all skin tones, and Magic Eraser, so you can easily crop an accidental photo bomber out of the picture.

I got a demo of a feature called Photo Unblur, which is going to make any Pixel owner go back and fix all their old photos. You can upload any image, regardless of what device it was taken with, and then use Photo Unblur to sharpen them and remove the fuzziness of old, blurry photos.

Google Pixel phones are known for having cameras that take stellar photos, and both phones got upgraded cameras. The Pixel 7 and Pixel 7 Pro both get a new ultrawide, 10.8MP f/2.2 front camera, which can shoot 4K video at 60 frames per second. The 92.9-degree field of view makes it perfect for taking group selfies. Both phones also have a 50MP f/1.82 main camera and a 12MP ultrawide camera on the back. 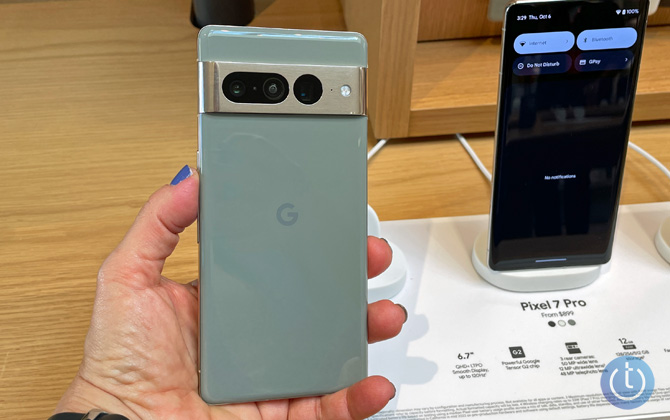 Both phones now have dual biometric login capability. They have face unlock as well as an under-display fingerprint scanner.

A new feature called Direct My Call helps break you out of phone tree hell when you are calling a business and get an automated recording listing your options. The phone displays the options on the screen, so you don’t have to listen to the whole thing to know which number you hit to get a real person. It will also hold your place in line when you are on hold and call you when it is your turn.

While the Pixel 7 models are impressive, current Pixel 6 and 6 Pro owners can sit this one out. There is no must-have feature to drive the upgrade. However, if you are still using a Pixel 5 or earlier, a Pixel 7 model is a worthy upgrade. Impressive new software features powered by the new Tensor G2 chip, as well as upgraded camera hardware, will be a substantial improvement.