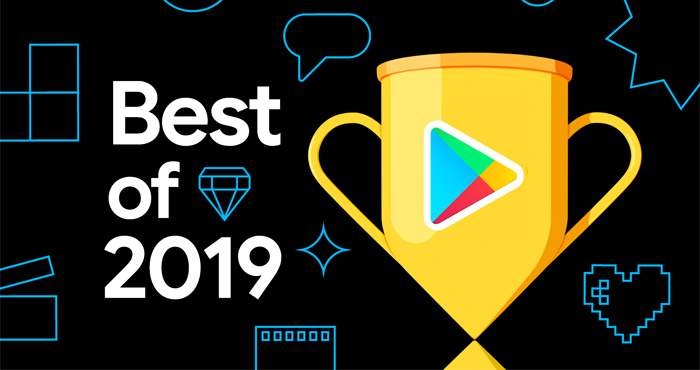 How do you narrow down the millions of apps on the Google Play Store to a handful of the best Android apps? It's a tough choice, which is probably why Google's list of the year's very best apps contains dozens of titles, covering the gamut from productivity and self-improvement to gaming.

The Google Play User’s Choice app of the year focused on fun video editing with Glitch Video Effects. This app is more about playful effects, with filters that add retro styles to make “glitch” videos, which can look like old VCR recordings, have added noise or pixelation for unique looks. The app also offers the basic image editing tools you need to make your videos look their best — glitched or not — letting you add music and cut footage to your liking.

But Google's editors had a different opinion, selecting Ablo for App of the Year. This chat app connects you with people around the world for live video chats, complete with language translation. It's a sort of modern take on having a penpal: Ablo starts you off by suggesting a topic of conversation, and then you can chat away to learn more about people around the world. The live language translation tech is what really makes this app shine by removing the barriers that might keep people apart.

The rest of the list honed in on more utilitarian apps:

Google definitely wants us to know how useful our Android phones can be, but the company's list of Android games is just as lengthy. Android doesn't boast quite as many original titles as you'll find on iOS devices, where Apple is pushing exclusive mobile games with its Apple Arcade subscription. Still, gamers — even casual gamers — will find an impressive list of titles, even if some of them are familiar:

Most of these apps are free (though most also have microtransactions), so what are you waiting for? Get downloading!