How to Track Santa's Journey Around the World

Santa Claus is coming! Not this exact moment, of course – there’s a lot of prep work and reindeer maintenance going on at the North Pole right now. But soon, Santa will take to the skies in his sled, making yet another incredible around the world trip. 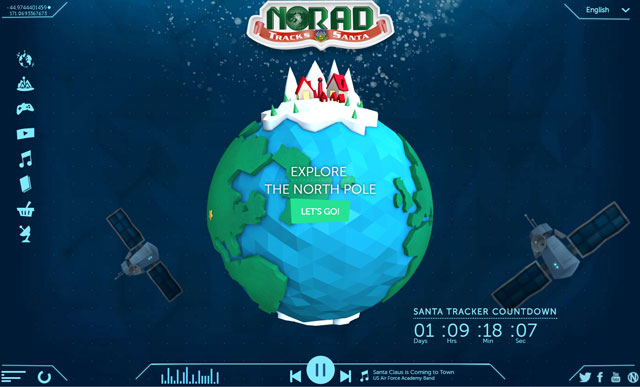 Perhaps the most famous of all the Santa Claus trackers is the one from the North American Aerospace Defense Command (NORAD). Founded in the 1950s to track the threat of Soviet missiles, the joint U.S and Canadian agency has been keeping tabs on Santa’s movements for decades now via radar. It’s always been my family’s go-to source for up-to-date Santa info.

There are plenty of reasons to check out the NORAD Santa Tracker before Christmas Eve, too. It features a virtual Santa’s village where kids can explore games, various videos explaining how Santa is tracked and Christmas music tracks courtesy of the USA Air Force Academy Band.

And for tracking information, you can add the Alexa KAYAK skill and ask: 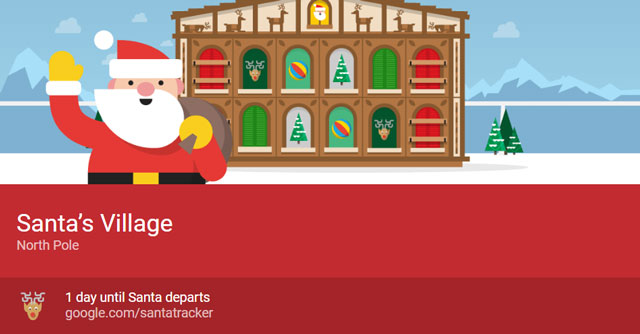 Many of us use Google Maps to help us find unfamiliar locations, avoid traffic snarls and help catch the next train. But on Christmas Eve, Google Maps will take on a far more important challenge: helping kids around the world find information on Santa Claus’s whereabouts.

In the run up to Christmas, kids who visit Google’s Santa Tracker page will be able to look around a cartoonish Santa’s Village, with new animations and games added every day. On Christmas Eve, the Santa Tracker shifts into full gear, allowing curious minds to not just find Santa on a map, but learn a little bit about each destination, too.

If Santa is a mythical

If Santa is a mythical being, then how can these tracking things be real?

I’m pretty sure the Discovery Channel has a new series launching in February called “Searching for Santa” where experts in flying reindeer set out to prove Santa is real, and his existence has been covered up as part of a massive scientific/governmental conspiracy mandated by Congress during the Cold War.