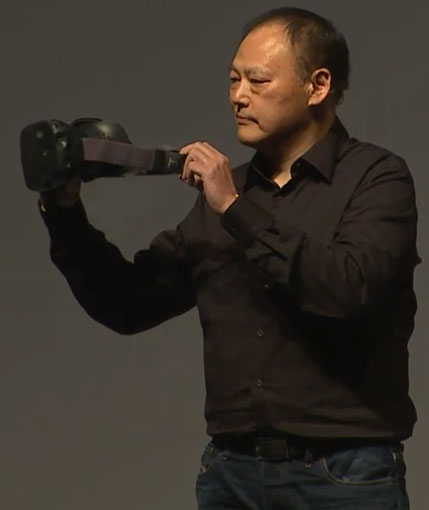 HTC CEO with the HTC re Vive

The HTC re Vive, which incorporates Valve's Steam VR tracking and input technologies, will "amplify your room experience." The company claims Vive will offer the most immersive experience of any VR device, with full room scale 360-degree viewing and paired controllers that let you use your hands to reach, open, grab, shoot or walk around and explore a virtual space and inspect objects from every virtual angle.

HTC has been working with game developer Valve to create virtual games, as well as HBO and Lionsgate for movies.

A developer's version of Vive will be available this spring, but we won't be able to buy one until the end of the year. No price was announced.