HTC U12+ Launches with New Camera and Convenience Features

HTC's U12+ has the power to compete with flagship phones from LG and Samsung and gets a few upgrades to its camera and display that make everyday operation easier. 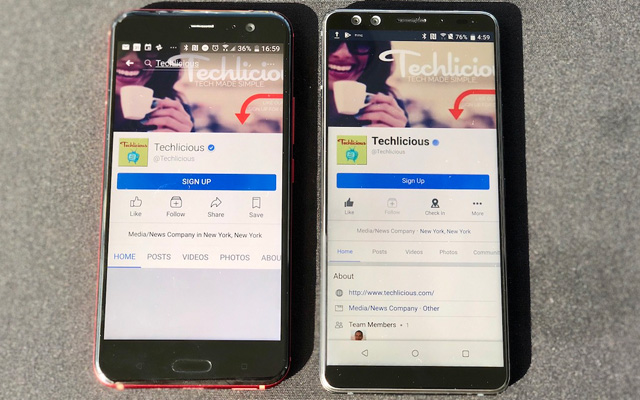 Physically, the U12+ carries on HTC's so-called "liquid design language" introduced in last year's U11, featuring an all-glass design front and back along with smooth, rounded corners, while shrinking the screen bezel. As a result, while the U12+ measures 6.2 x 2.9 x .4 inches, it's essentially the same size as the previous HTC flagship, the U11, which included a smaller 5.5-inch display, and weighs 6.63 ounces.

Continued from last year is HTC's Edge Sense sensor array, which knows how you're holding the phone. By either double-tapping or long-pressing an edge of the U12+ activates certain features or apps. For instance, double-tapping either side of the U12+ in portrait mode compresses and moves the screen to that side of the display for easier one-handed operation, while a long press launches the Chrome web browser. This long press can be programmed in settings to open any app of your choosing, and both the length of the double-taps and the pressure of the long-presses can be adjusted to account for phone cases. You can also squeeze the U12+ to snap photos or launch a voice assistant.

Gripping the U12+ by its sides also defeats its accelerometer and timed-out dimming, which means the screen won't annoyingly shift from portrait to landscape or vice versa just because you casually or accidentally turn your hand, and will stay lit. If you actually want the screen to shift depending on how you hold it, you have to grip it at the ends or turn off the option in the settings.

The U12+'s camera gets the most interesting upgrade: both front and rear imagers are capable of the "bokeh" effect – keeping the background fuzzy but the subject in focus, plus the ability to adjust the focus after the photo is shot. 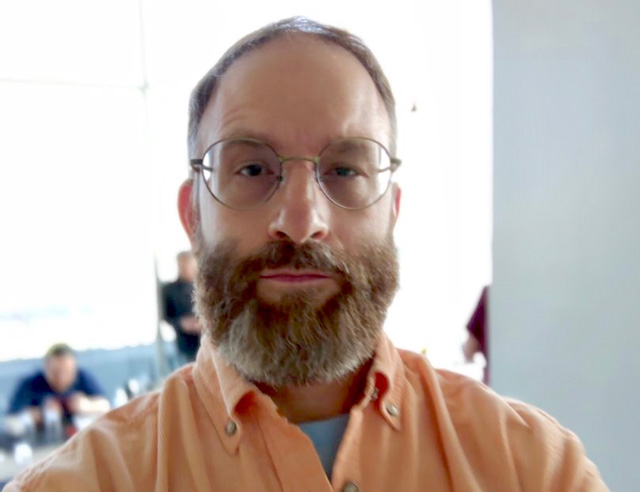 Technically, there are twin cameras on either side of the U12+, a first for HTC in the U.S. market. The primary rear array includes the default 12MP (f1.75, 1.4μm) with HTC's UltraPixel 4 lens, and a second 16MP (f.2.0, 1μm) with 2x optical and 10x digital zoom, HDR Boost 2, and utilizes both laser and phase detection autofocus along with optical image stabilization (OIS). On the front are dual 8MP (f.2.0, 1.2μm) UltraPixel lenses with a wide 84-degree field-of-view, HDR Boost and screen flash for face illumination.

For video, the camera shoots both standard high-def and 60 frame-per-second (fps) 4K, compressing these large files using HEVC/H.265 compression. The U12+ also can capture 240fps slow motion, but only in high definition.

Four mics record 360-degree 96KHz 24-bit high-definition audio soundtracks, and "sonic zoom" means the microphones "zoom" in when you visually zoom-in on a subject. The U12+ also is VR-ready for the Vive Focus head-mounted VR display due this fall and includes AR Stickers that let you add funny effects to photos and video.

On the top and bottom of the U12+ are HTC's Boomsound speakers, but they do not combine to create stereo; the top speaker emphasizes higher, treble frequencies, such as voice, and the bottom speaker is more bass-centric. For music playback, there's a standard 3.5mm headphone jacks, and includes aptX to improve Bluetooth sound, and HTC's Usonic earbuds with active noise cancellation are included.

Spec-wise, the U12+ features multi-band LTE connectivity to make it more compatible with 4G cellular networks worldwide. It's 6-inch quad HD (QHD) power-efficient "Super LCD" 6 screen display measures 2889 x 1440 pixels with 537 pixels-per-inch density. The phone runs Android 8.0 Oreo out of the box, but will be upgradable to the pending Android P operating system.

Powering the U12+ is the latest 64-bit, 2.8GHz Qualcomm Snapdragon 845 processor. Actual power is provided by a 3500 mAh battery with an included Quick Charge 3.0 charger, and the phone is upgradable to QuickCharge 4. The U12+ does not support wireless charging. Its memory can be supplemented by a microSD card up to 2TB, and the fingerprint sensor has been moved to the rear.

The phone is IP68 water- and dust-resistant and its side buttons are electronic rather than mechanical to keep the phone water-tight.

The 6-inch U12+ with be available in two memory capacities – 64GB ($799) and 128GB ($849) in either "ceramic" black and "translucent" blue – an opaque panel on the back exposes the U12+'s interior – for either Verizon or T-Mobile; the phone will not be available at carrier stores. Both the black and blue editions are due to reach consumers in early June; a "flame" red version will be available "at some point in the near future" according to HTC.

htc u12 plus features

Been waiting since long to purchase HTC brand phone. Heard lots of good stuff about this brand. Thanks for the article. Perhaps, this is right time for me to buy htc u12 plus. Could any one recommend, what other things should I keep before purchasing it? ANd also it would be great help if any one can share their experience about its battery lasting. Is it lasting for long?

If any one looking for a price comparison for HTC mobile phones then visit following link, it is helpful

I am big fan of Apple and Samsung as well. Samsung is best when it comes to price and feature. Eagerly waiting for the upcoming phones. Thanks for the wonderful information. Waiting eagerly. Next would be Apple Iphone, I am going to purchase. Thanks for the information. Have look at following link, it provides mobile phone price information available at various online store at one place.