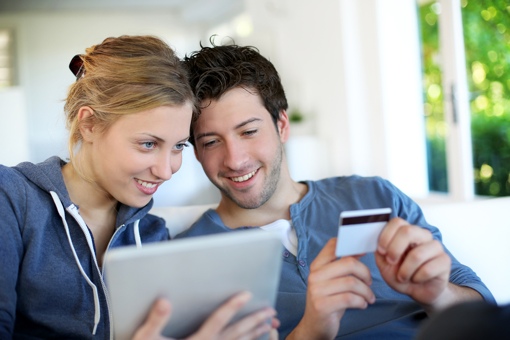 If you're doing your holiday shopping via app, use caution. A growing number of fraudulent shopping apps are showing up in Apple's App Store. Like many online scams, these apps attempt to mimic the real thing in an attempt to get you to enter your credit card data or other information to make a purchase. Your financial information could be compromised, but it's possible the fake apps could do even more, including stealing data from your phone.

We're used to looking for scams on the web. We make sure the web address matches the place we're trying to shop, and we look for the lock icon to indicate a secure site when we're buying something. But it's harder to spot fake apps because none of those signs exist. Many legitimate companies offer a variety of different shopping apps, so an app with a slightly different name or interface isn't necessarily a scam.

Here are a few signs of fraudulent apps to look for:

If anything about the app looks strange, ditch the app and go somewhere else to do your shopping. If you're set on shopping by app, go to the company's official website and follow the app link from there.

So how are these fraudulent apps getting through Apple's notoriously tough security process? That we aren't so sure of. An Apple spokesman told The New York Times this weekend that the company takes user security seriously, letting customers flag suspicious apps and removing anything that poses a security risk. However, any fraud making it through the process represents cause for concern and should inspire caution on the part of users.

Part of the problem appears to be a larger number of fake apps being submitted. Scammers go where the money is, and as the holiday shopping season approaches, shopping apps are a prime target. Hundreds of fake apps have shown up in the App Store recently, and even as Apple removes them, scammers resubmit them under different names so they wind up right back in the app store listings.

In short, be careful. Always be on the lookout for anything suspicious. If a shopping app's name, looks or performance sets off alarm bells, it's safer to skip using it altogether.