Many robot floor cleaners can vacuum and mop, some better than others. In my testing, I always had issues keeping my carpets from getting wet and swapping out the internal dirt bin for a water tank.

iRobot has solved the wet carpet issue with the Roomba Combo j7+ by adding fully retractable mop arms that lift the mop pad to the top of the robot like the doors of a DeLorean car when it detects carpets.

With the mop pad stashed on top, it vacuums without any risk of getting water on the carpet. And when Roomba Combo j7+ senses flooring, the arms come back down and place the mop under the robot to continue mopping.

The product that came closest was Roborock's S7 MaxV Ultra robot mop/vac combo ($1,399.99), which I previously reviewed. It did a great job cleaning my floors but often left my carpets damp, even with its VibraRise technology that lifts the mopping pad about 5mm off the floor. Though the technology was impressive, it wasn't enough clearance to prevent higher-pile carpeting from getting wet.

Other premium mop-vac combos have swappable internal tanks, so you can either mop with the water tank or vacuum with the dirt bin. The Roomba Combo j7+ has a dual-use internal bin that holds dirt and debris in addition to a separate compartment for water. The dirt bin is slightly smaller than the existing model's bin to make room for the water compartment and a larger battery inside the robot. 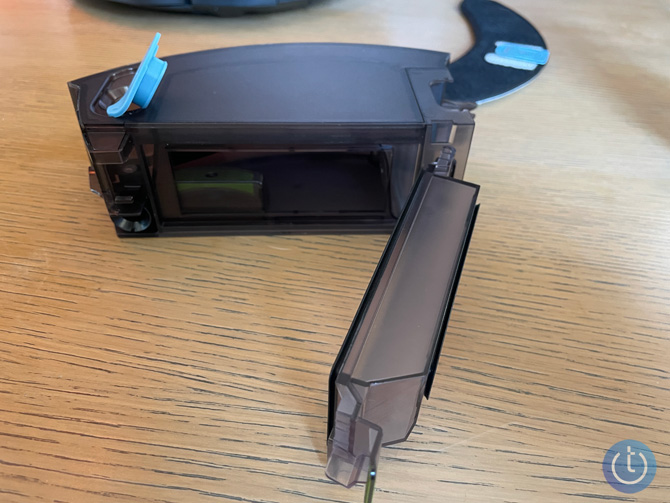 Beyond that, the Roomba Combo j7+ is almost identical to the Roomba j7+ ($799.99, on sale for $599.99), my current favorite mop vac, with its strong cleaning power, easy mapping and navigation, and smart features. It looks virtually the same and comes with the Clean Base Automatic Dirt Disposal system, so you won't have to empty the bin manually. After each cleaning run, the Roomba Combo j7+ empties the dirt and debris into an enclosed bag inside the Clean Base. The bag doesn't need to be replaced for up to 60 days. It's really loud when it empties itself, but the convenience of not having to think about the vacuum for weeks at a time is worth it.

You will have to think about the mop pad, though, because while this is designed to be a hands-free robot, you'll need to manually remove the mop pad to wash it (it's machine washable) and replace it. Roborock S7 MaxV Ultra ($1,399.99) and Ecovacs Deebot X1 Omni ($1,599.99) are premium robots that wash the mop pads for you, but their bases are huge and take up way too much floor space. 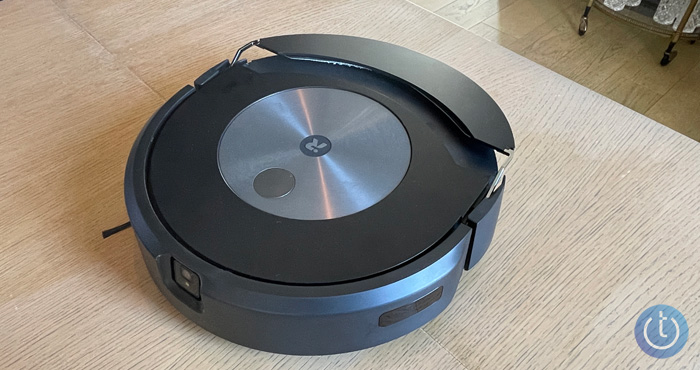 Based on the short demo I received, I have high hopes for iRobot's Roomba Combo j7+, with its smart features and innovative lifting arm. You can order it starting today for $1,099.99 on iRobot.com