Is 3D Worth it on a Nintendo 3DS or Cell Phone Display? 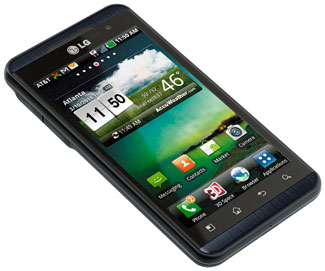 A couple of years ago, the first modern 3D movies using polarized glasses started hitting theaters on giant screens. About a year ago, the first 3D TVs arrived, with large-screen 3D laptops following shortly after. Today you can get 3D on the Nintendo 3DS’s 3.5-inch display and by this summer there will be smartphones with 4.3-inch 3D displays, including the HTC Evo 3D (on Sprint) and the LG Thrill (on AT&T).

When 3D gets that small is it enjoyable? Surprisingly, the answer is yes.

One of the biggest things going for small screen 3D is that you don’t have to wear glasses to get the 3D effect, which clinches it for me. You simply hold the device about 10 to 14 inches away and you’ll see 3D.

When the devices are held properly, the 3D images are bright and clear and can deliver a really exciting new experience. For example, in the golf game I played on the LG Thrill, the fly-through of the fairway before you play each hole gives you a much better appreciation of the terrain. While playing Nintendogs and Cats on the Nintendo 3DS, you can actually hold your virtual puppy. Try to do that in 2D. 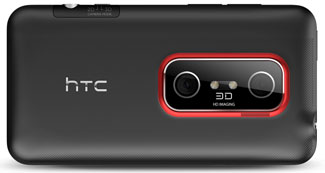 All of these devices can take and play 3D videos and stills. The ones you capture with the device’s camera are typical phone quality — decent outside and poor in low light. It was a lot of fun, though, to see the 3D effect. I’d definitely use that feature, especially since you get a 2D version of anything you shoot as well. You can also view content like 3D movie trailers and YouTube clips, and these looked great on all the devices.

In fact, I like 3D portable devices better for viewing 3D movies and pictures than playing 3D games. That’s because there is a sweet spot for being able to see the 3D effect. If you move the phone or game system more than a couple of inches from that sweet spot, as I sometimes do in driving and flight simulator games, you lose your 3D. On the Nintendo 3DS, you can turn the 3D off — even during game play. There’s a little physical slider right next to the display.

In the end, the 3D on any of these devices is just a feature. The displays on the Nintendo 3DS, HTC Evo 3D and LG Thrill are bright and deliver a noticeable 3D effect, but when you’re viewing 2D content you’d never know they are 3D capable displays. They work perfectly well in 2D as a game system or smartphone. But 3D really does add to the experience.