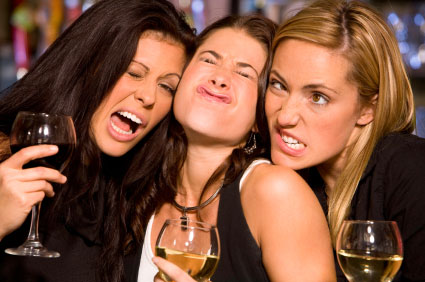 We've all been there before -- a night out with some friends inevitably leads to a few drinks... then a few more drinks... then a few more, until you wake up the next morning not only wonder what exactly happened, but who you should be apologizing to. And while we can't erase the fact that you decided to dance on the bar, there is an app that can remove your status announcing you slipped on said bar and were on your way to the emergency room (LOL!). Last Night Never Happened bills itself as "the world's first 'morning-after' app" that can erase evidence of your shenanigans from Twitter and Facebook, including status updates and photos.

After downloading and installing 'Last Night Never Happened' from iTunes (normally $1.99, on sale now for $0.99), simply enter your Twitter and/or Facebook credentials and pick the time frame you wish to remove evidence of. You can choose anywhere from one hour to 48 hours (for those particularly long benders). The app will then search and tell you how many photos and posts you made to Facebook and how many updates and direct messages you sent to Twitter. Select the ones you want to delete, and voilà, they're gone. You can even update your status, while you're at it, to draw attention away from the posts that suddenly disappeared.

You'll still have to live with the shame of your intoxicated antics, but at least the evidence of them wont be on Facebook for your family and employers to find. Unfortunately, 'Last Night Never Happened' can't do anything about your friend who took the snap shot of you laughing while bleeding after you tumbled from the bar -- you'll just have to call her or him and ask very nicely that it be erased.

Or you can just delete

Or you can just delete the posts yourself and save $0.99.