Netflix & Amazon Getting New Movies for the Holidays 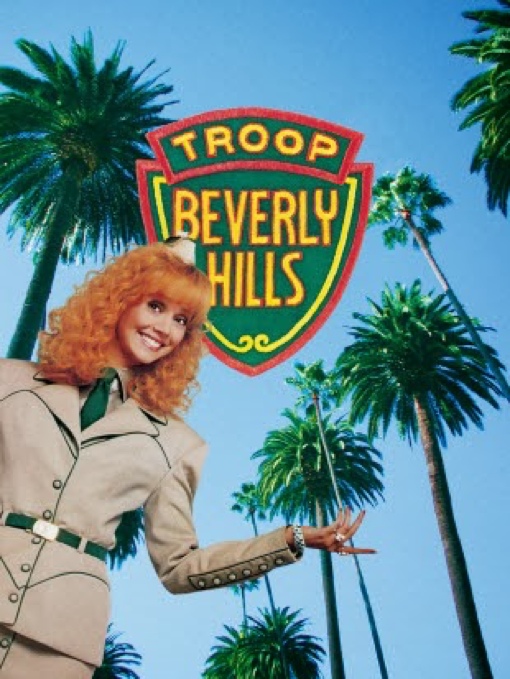 Shelley Long's 1989 cult classic Troop Beverly Hills is among the
many movies added to Netflix and Amazon Instant for the holidays.

Movies are always a big hit around our house during the holidays. We always have a fun holiday favorite, recent hit or kids movie on in the background during family get-togethers. In years past, this meant leaving the TV set to whatever channel was running a 24-hour marathon of National Lampoon’s Christmas Vacation. These days, though, we have streaming options like Netflix and Amazon Instant Video with tons of great flicks ready and waiting, on demand.

On these streaming services, movies aren’t forever – they come and go with the changing of the months and changing of the seasons. And as it turns out, the holiday is prime season for new films and TV series to be picked up by Netflix and Amazon Instant Video. Both services have just announced their holiday lineups, with plenty of comedy classics, kids flicks and popular shows in the mix.

A number of new movies were added to Netflix on December 1, including the original kids’ series Turbo FAST, Best Picture winning drama American Beauty, the Philip Seymour Hoffman’s 2000 comedy-drama Almost Famous and my personal favorite, Shelley Long’s fish-out-of-water 80s classic Troop Beverly Hills. On December 6, Netflix will be getting the eerily addictive American Horror Story: Coven, Will Ferrell’s Anchorman 2 and the Internet-driven hit Sharknado 2. The Wolf of Wall Street arrives December 11, Paranormal Activity: The Marked Ones will be available on December 20, and the fun 80s music-driven Romy and Michele’s High School Reunion comes out on December 22.

Amazon Prime members shouldn’t get too jealous over that list – a lot of the same movies are coming to Amazon Instant Video as well. On December 1, the service also got access to Troop Beverly Hills, along with the James Bond classic Goldfinger, the iconic 70s movie Saturday Night Fever, Francis Ford Coppola’s legendary film Apocalypse Now, and the 1992 baseball hit A League of Their Own. Amazon gets Stand by Me and Stuart Little 2 on December 4, Anchorman 2 on December 6, The Wolf of Wall Street on December 11, Paranormal Activity: The Marked Ones on December 20 and Spy Kids on December 27.

Of course, these are just some of my personal favorites – there are plenty more new movies and shows coming out. You can check out the full list below to see what’s available for your enjoyment this holiday season on Netflix, Amazon Instant and – for those who don’t mind paying full price for content – on Apple iTunes.

"The Village"
"The Wolf of Wall Street"

"Paranormal Activity: The Marked Ones"

"The Trip to Italy"

"The Wolf of Wall Street"

"Paranormal Activity: The Marked Ones"

"Mozart in the Jungle"

"Maze Runner"
"The Skeleton Twins"
"Magic in the Moonlight"
"This is Where I Leave You"
"Levitated Mass"
"Tusk "
"I, Origins"
"100 Foot Journey"
"Dawn of the Planet of the Apes"
"Boardwalk Empire Season 5"

"The Drop"
"The Boxtrolls"
"Left Behind"
"Let's Kill Ward's Wife"

Found a great list for things that are on amazon prime.  So far it seems pretty current.  Amazon does a crap job of letting you know what’s on.  http://www.vunify.com/amazon-prime