Netflix to Stop Working on Older Rokus and TVs 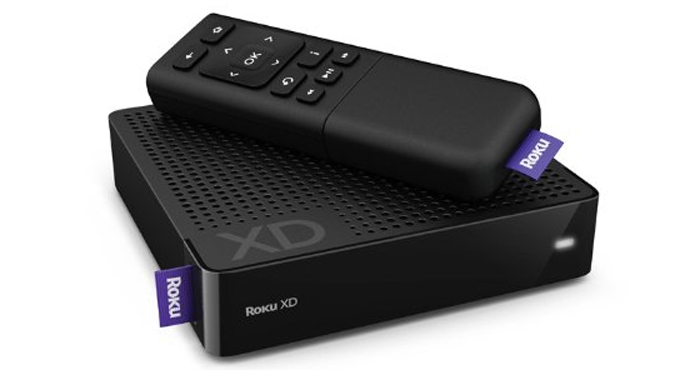 Netflix fans, be warned: if you’re using an older streaming device to watch your favorite shows, it may stop working when December rolls around. Technical limitations mean that some older players won’t be able to stream Netflix starting next month.

The affected players are anywhere from five to ten years old, and if you’ve been using them all this time, you’ve probably gotten your money’s worth. These players include the first generation Roku players (the Roku SD, Roku HD-XR, Roku HD and Roku XD), as well as smart TVs from Samsung (select models released between 2010 and 2011) and Vizio (select models released between 2012 and 2014).

Not sure if your streaming player is included? If you’ve tried to play Netflix on a soon-to-be unsupported device, you should have gotten an error message saying it will no longer work after December 1, 2019. Still not sure? If your player doesn’t support Netflix’s autoplay feature, which lets you binge through TV episodes without having to keep pressing play, it  won’t support Netflix at all starting next month.

Fortunately there’s a pretty easy fix: watch Netflix on another streaming player. Even if your Roku or smart TV no longer supports Netflix, lots of other gadgets will. There’s a chance you already have a gaming console or set-top box that can stream Netflix so you can keep watching uninterrupted. But if you find yourself without any way to stream Netflix, it’s time to buy a new streaming player.

Roku devices are still our favorites due to the wide range of content they can stream, and their software makes finding what you want to watch easy. Depending on the features you want, a new Roku will cost you anywhere from $100 to $25 — and if you’ve been using a decade-old streaming player, any new model you buy will be a big upgrade.

Here are our favorite players in the Roku lineup:

Roku Express ($24.99 on Roku, check price on Amazon), a basic budget player that can only stream in HD

Roku Ultra ($99.99 on Roku, check price on Amazon), which adds an advanced remote that you can plug headphones into so you can watch without disturbing others (a pair of JBL earbuds is included)

But if you’re using a very old Roku, you may also be using a very old television. All new Rokus require an HDMI port, and particularly old TVs may not have one. If you aren’t planning on replacing your TV any time soon, you’ll need a converter box ($30 on Bleiden, check price on Amazon) to connect your new Roku to your television.

Want to save? If you hold out until Roku’s Black Friday sales you can get the Roku Streaming Stick+ for $30 (starting 11/24) or the Ultra for $50 (starting 11/28). That’s a great deal, and you’ll still wind up with your new player before Netflix stops working. And if your entire TV could use an upgrade, there are plenty of Black Friday TV deals that are already available.

Actually, my understanding is that the issue is not auto-play, but auto-play previews.

If so, the simpler solution would be for Netflix to end this obnoxious practice of forcing these previews on us so we can browse in peace. Rather than buy a new TV, I suggest users cancel their Netflix subscriptions over this and send a message.

I have a roku tv, not a add on player that plugs in, that is about 3-4 years old, will that one still work or not….aghhh

I assumed that the reporting was up to journalistic standards so I bought a replacement for my old Roku device.
Today, 12/01/2019, I turned the Old device to see what I could view.
Imagine my surprise to find my Roku working just fine.  I wander from Netflix to YouTube and it is just another day.
So: Techlicious.  Why did you publish this?
Do you want to buy the un-needed device?
I’m waiting for your response.

This information comes directly from Netflix

As we linked to in the story above, the information regarding termination of Netflix on older Roku devices came directly from Netflix, which you can learn more about here: https://help.netflix.com/en/node/112424. If you were receiving a message on your Roku that your device would not be supported after December 1st, then the expectation was that it would be unable to play Netflix. It’s possible that Netflix changed the rollout date. Or, if you never received the message that your device would not be supported (as we explicitly state in the article), then your device was never part of the list of devices being shut off.