Pick Your Own Price for Great Computer Games 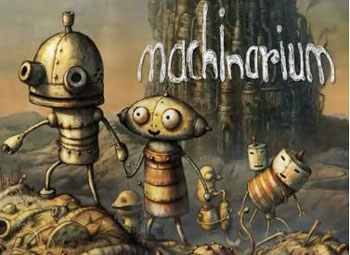 Christmas Day marks the end of an exceptional deal from a group of independent game developers that not only gives you great games at a bargain price, but benefits charity as well.

The Humble Indie Bundle lets you set your own price for five critically acclaimed titles for PC and Mac. According to the web site, buying the five titles in this year’s collection individually would cost you about $85, yet so far the average price paid by downloaders is $7.61. And in the past week they’ve sweetened the deal substantially: pay even once cent more than the current average and you get access to the six games included in last year’s Humble Bundle too.

In addition to doing well for yourself, you’ll also do good for two charities that deserve support, the Electronic Frontier Foundation, which defends free speech and consumer rights on the Internet, and Child’s Play, which provides toys and games to 60 hospitals worldwide.

The games included here are diverse, including run-and-jump platformers, adventure-style puzzlers, an odd fighting game featuring a pumped-up rabbit and more. Braid is a particular favorite, challenging players to use time control powers to collect puzzle pieces in head-scratching environments, with beautiful watercolor graphics and a haunting musical score. Osmos is another winer, an abstract physics-based game that has gobbled up dozens of hours of my time already as my single-celled self gobbled up the competition.

It’s safe to say that everyone will find something to like among the 11 titles here, with all but two (Lugaru and Penumbra Overture) family-friendly entertainment. And as a final incentive, these games are not copy-protected, so you can install them on all the computers in your home.