QLED vs Mini-LED vs OLED: What's the Difference?

QLED, MicroLED, Mini-LED, OLED: Myriad TVs featuring one or more of these LED technologies are being unveiled this week at CES 2021. Even though they share an acronym, these LED TV technologies are as different from one another as Andrew Jackson, Janet Jackson, Shoeless Joe Jackson, Shirley Jackson, and Jackson Pollock are other than their names.

Understanding the differences between and the benefits of these LED technologies is necessary to make sure you buy the right TV for you. Here's a quick primer so you can tell the difference between QLED, Mini-LED, microLED, and OLED TVs.

QLED, Mini-LED,  and microLED TVs are all LED TVs

The acronym LED stands for "light-emitting diode," a technology that dates back to the 1960s. LED is a tiny digital light bulb that uses semiconductors to produce light, rather than the organic processes used in an incandescent or fluorescent bulb.

The "LED" in the term "LED TV" refers to the TV's backlighting. Your TV screen is comprised of essentially two panels: a front translucent LCD (liquid crystal display) glass panel where the TV image appears, and a rear panel with LED lights. Just as a lamp illuminates old-fashioned slides in a photo projector, the LED lights provide a backlight to illuminate the image on the LCD panel in front of it.

Groups of LEDs form "dimming zones," whose brightness is adjusted to correspond to the lighting needs of the scenes being displayed on-screen, all controlled by a processor running algorithms in your TV. More LEDs means more "dimming zones," and more dimming zones means more precise scene lighting, higher contrast, and an overall better-looking image.

What are QLED TVs

The "Q" in QLED stands for "quantum dot," a tiny semiconductor nanocrystal smaller than 10 nanometers. How small is that? There are a million nanometers in a millimeter, and a human hair measures around 80,000-100,000 nanometers. Each of these microscopic quantum dots is capable of emitting either red, green, or blue, from which billions of colors can be created.

What are Mini-LED TVs

Typical LED backlighting panels use a few dozen to a few hundred LEDs, depending on the TV make, model, and screen size, resulting in one to a few dozen dimming zones.

As its name implies, mini-LEDs are shrunken LEDs – less than 0.2 millimeters – which enables a TV maker to create a backlighting array consisting of thousands or even tens of thousands of LEDs and hundreds of dimming zones.

To understand the improvement that more dimming zones deliver, imagine a scene with a clear night sky filled with the moon and stars. The dimming zone from a standard LED backlighting would provide the illumination of these heavenly bodies, but enough of the residual light from the LEDs means the black sky around them would appear more gray-ish. A TV backlit by the smaller and more precise dimming zones created by mini-LEDs would illuminate primarily just the moons and the stars, leaving the rest of the surrounding sky appropriately stygian. 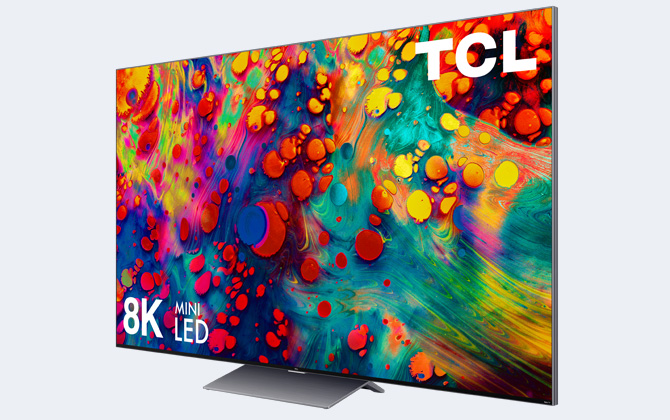 What are OLED TVs

QLED and mini-LED are both technologies designed to produce a TV picture as deeply black, colorful, contrasty, precise, and detailed as OLED, the standard of which all other TVs attempt to achieve.

OLED stands for "organic light-emitting diode." Instead of a semiconductor, an OLED uses organic electroluminescent material that produces light when electrified.

While a plain or mini-LED is essentially a dimmable light bulb, an OLED is more like a colored dimmable smart bulb, capable of producing nearly any color or hue at any brightness level – or no brightness at all.

As a result, an 4K OLED TV consists of a single panel containing 8 million OLEDs, while an 8K OLED TV (like the new LG neo OLED TVs introduced at CES 2021 shown below) contains a single panel packed with 32 million OLEDs. Each individual OLED represents a single pixel that produces its own color and light. No backlighting is needed.

Since each OLED pixel can produce its own adjustable light and any color or hue, OLED TVs produce a wider range of precisely-lit colors. And since each OLED pixel can be individually dimmed, contrast is more precise – a 4K OLED TV essentially has 8 million dimming zones. Since each OLED can be turned off, OLED TVs display the deepest blacks possible, enabling colors to jump off the screen like a painting on black velvet. And since OLED TVs don't require separate backlighting, they require less power than an LCD/LED TV. 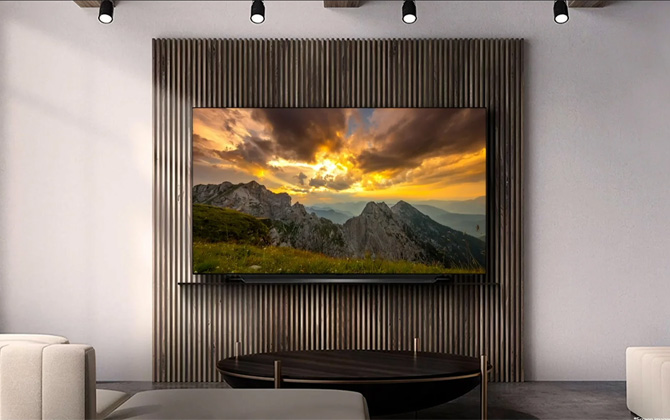 TV brightness is measured in units called "nits." At peak brightness, an HDR OLED TV can output around 540 nits. By comparison, a standard LED TV is capable of outputting around 1,000 nits, and some QLED TVs can reach a whopping 2,000 nits peak brightness.

While an OLED TV's image is spectacular in a dim or dark room, its image loses its impact in a bright, sun-lit room, in which a QLED TV can literally shine.

Producing OLED panels is understandably an expensive process, which is why OLED TVs are priced twice to three times as high as other LED TVs.

Because OLED relies on organic materials, OLED displays might be subject to "burn-in" – a static image such as a channel logo left on the screen for an extended period could leave behind a ghost image. OLEDs may not retain their peak brightness for as long as an LED set. LG has insisted it has mitigated or eliminated both issues (LG makes and supplies OLED panels to all other OLED TV brands, such as Sony), that you'd have to watch TV five hours a day for 54 years before OLED sets lose half their brightness.

What are MicroLED TVs

Samsung says its microLED technology has all of the advantages of OLED and none of the disadvantages. Like OLED, each microLED in a microLED display is a pixel, and each microLED is self-illuminating and supplies its own color. Unlike OLED, microLED sets could be 30 times brighter with no burn-in or lifespan issues.

Last year, Samsung started selling a microLED modular TV is called "The Wall," mostly for commercial installations. Comprised of 32- x 18-inch microLED tiles, "The Wall" is assembled like a brick wall to create a display as big as 292 inches.

At this year's CES, Samsung is unveiling consumer microLED 110-, 99- and 88-inch TVs. MicroLED TVs also don't have a bezel, creating an "infinity" TV that Samsung says will be far easier to wall mount than a traditional big screen TV – no professional installer needed. But a microLED TV HAS to be wall-mounted – it can't be placed in the middle of a room. 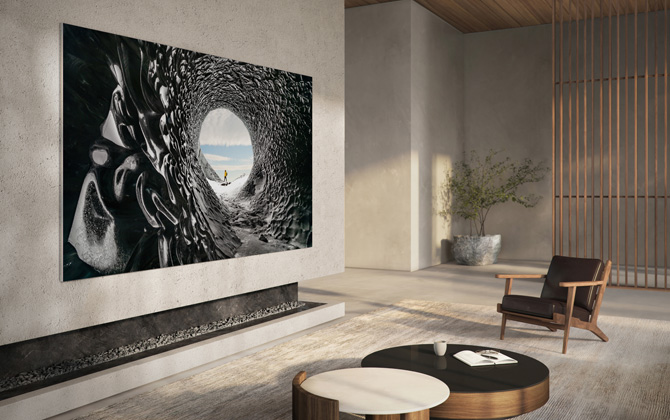 What microLED also has in common with OLED is the price. According to reports, microLED TVs are even more expensive to produce than OLED.

If you have a room that is bathed in light, your best bet is the largest QLED mini-LED TV the room can accommodate and you can afford.

If you have a room in which you can control the light, an OLED TV is the best TV you can buy – until, at least, we have more hands-on experience with microLED TVs.