Roku Update Lets You Use Your Own Photos as a Screensaver

If you're a heavy Roku user like my family, you're probably very familiar with the screen saver that pops up when you haven't been watching for a bit. We use the movie-themed comic, which is actually pretty cool when you see it, giving you a chance to catch all the movie references, both popular and obscure. There are hundreds of screensavers to choose from, but after a few dozen times, the novelty wears off of any screensaver and we're left wanting something...different. 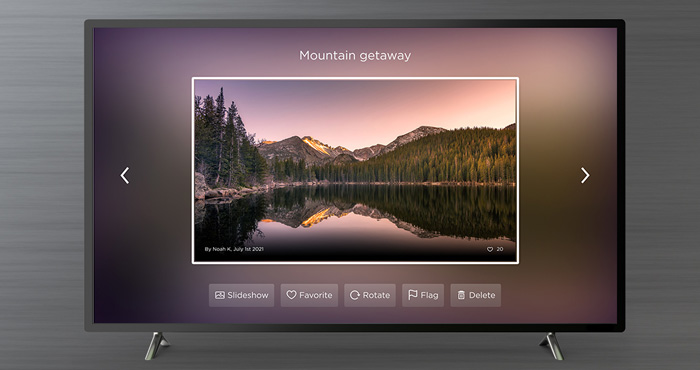 Roku Photo Streams is a feature of Roku OS 11, which will be rolling out over the next weeks. To create a Stream, you upload photos by logging into your Roku account on Roku.com or using the Roku app. Photos are stored in Roku’s secure cloud service, and you’ll have a limit of 2GB of storage.

In addition to using your Streams to view photos on your own TV, you can share your Streams with friends and family. As you change pictures in a shared Stream, the new images will automatically appear in the Stream on all the shared devices. In addition, anyone who shares the Stream can also upload photos so that you can collaborate on a shared album. Roku says you'll be able to invite others to a Stream by adding the email address that's associated with their Roku account.

At launch, the supported photo file formats will include JPEG, WEBP, PNG, and HEIC, and file size can be up to 20MB each. The pictures will display in their uploaded aspect ratio, so it's a good idea to crop them to look good on your TV screen (the default Photos app on your iPhone or Android phone has a crop tool that you can use to resize them using a wide 16:9 aspect ratio). You can create up to 10 photo streams with up to 100 photos per Stream, giving you plenty of options for mixing things up.