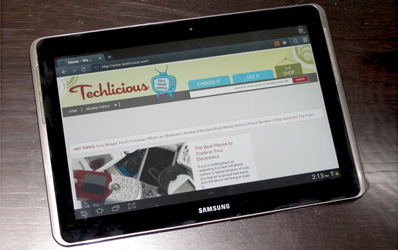 Perhaps the most compelling new Tab 2 10.1 was found on last year's 7-inch model—an integrated infrared (IR) transmitter like on a remote control and a pre-installed Smart Remote app, essentially a souped-up universal learning remote control able to learn and control the AV gear from any manufacturer.

But not only can a Tab 2 control all your home theater, but the app learns your viewing preferences. Input your cable company and zip code to get the usual electronic program guide. As you tune in channels and programs, the app learns your TV show likes and dislikes. Soon the app suggests currently airing shows you may be interested in watching, and breaks the program into categories – kids, comedy, drama, etc., to speed your channel surfing.

If you own one of the new Samsung 7000 or 8000 Series LED HDTVs, the Tab 2 can be used as a remote screen via your home Wi-Fi network – whatever is playing on the TV is mirrored on the Tab 2 with around a 3-5 second lag.

Apple offers none of these capabilities – at least not yet; an Apple HDTV is a when, not an if, and will likely blend similar multi-device interoperability.

So how does the Tab 2 10.1, which runs the latest Android OS, Ice Cream Sandwich, compare to the new iPad?

But Tab 2 10.1 includes front stereo speakers compared to iPad's single side speaker, HDMI connectivity via an accessory HDMI adapter, and most importantly a built-in microSD card slot to expand its memory and which impacts Tab 2 10.1's price advantage over the new iPad.

These improvements don't make Tab 2 10.1 a better tablet than iPad, of course. As in the smartphone battle, Android is more suited to tech DIYs while iOS is more appropriate for tech neophytes.

As with the Tab 2 10.1, the 7.0 also runs on a 1 GHz processor and has the built-in IR transmitter. Like the Fire, the 7-inch Tab 2 features a 1024 x 600 display and includes 8 GB of built-in storage, but adds a microSD card slot which the Fire lacks, and the Tab 2 runs Ice Cream Sandwich. 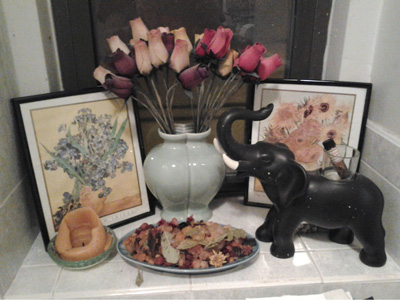 But Fire's interface runs on top of Android and is designed to consume Amazon content, primarily e-books and e-magazines. Tab 2 7.0 runs Ice Cream Sandwich straight, so is more useful as a general purpose tab, but does include Kobo as a pre-installed e-reader e-book source.