Your Smart TV May Be Spying On You 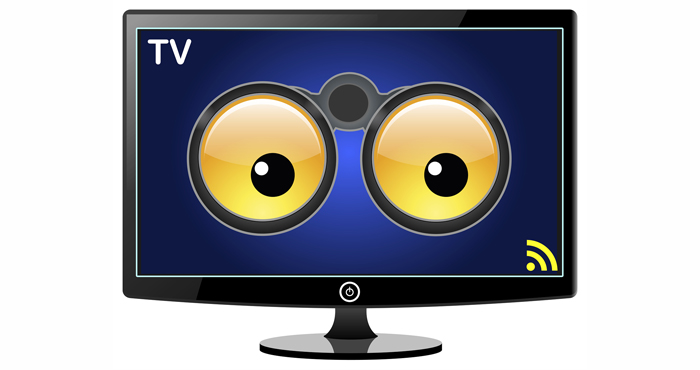 In what's becoming a familiar story, another one of our favorite gadgets may be spying on us. This time, it's your smart TV. It's not the first time there have been worries about your television spying on you. Smart TVs connect to the internet, and some TV manufacturers have used that to keep tabs on what you're up to. Just last year, Vizio paid the FTC a $2 million fine because it was quietly collecting data on watchers.

But smart TV spying has gotten much more sophisticated. The latest scandal involves a company called Samba TV, an app included in smart TVs made by Sony, TCL, Philips and other major manufacturers. Samba is a seemingly harmless app that offers recommendations on what to watch, and that sounds awfully handy in a world where we may spend hours scrolling through Netflix to pick a show. It's handy enough that most people (around 90%) just click "accept" when their new TV asks if they want to enable Samba.

The trouble is that by clicking accept you're giving Samba access to a lot more than your viewing information. Samba also checks out devices connected to the same Wi-Fi network as your television, tracking not only what you're watching on TV, but when you watch, where you go, and what you're doing in other apps — which it can share with others for marketing purposes. But it's all in the guise of being helpful, as Samba explains in its privacy policy:

Of course, most of us don't bother to read the privacy policy, which, in Samba's case, is 6,500 words. But whether we read it or not, clicking accept means we're giving Samba explicit permission to do everything it does. It's a lot like Google's current privacy problems, in which third-party app developers can read your email because you clicked "accept" without reading thousands of words of privacy policy first. Because you've given your permission — even though you didn't know what you were giving permission for — your technology spying on you is usually totally legal.

But being legal doesn't make it acceptable. And fortunately, being aware of the problem can help you protect your privacy. If you enabled Samba TV by accident, you can turn it off again. The simplest way is to turn off the internet connection on your TV entirely (consult your user manual for exactly how) to keep you safe from any fishy apps your manufacturer may have included. However, even using a streaming media player to watch online content won't keep you completely safe, because it may do some tracking of its own (Roku tracks you for advertising purposes, but you can disable it). You can also just turn Samba off, and though the exact menus will vary depending on your TV model, you'll find "Samba Interactive TV" somewhere in the settings (check network settings first). Simply select it then select disable and you're safe from Samba.

Still, while this will protect you from Samba, there are a lot of apps that quietly collect your personal data. To be safe, it's best to read the privacy policy and terms of service — even when they're thousands of words of legal speak — so you know what you're getting into.

Keep My TV and internet

Keep My TV and internet and phone safe

Turn on morphine on smart

Turn on morphine on smart TV