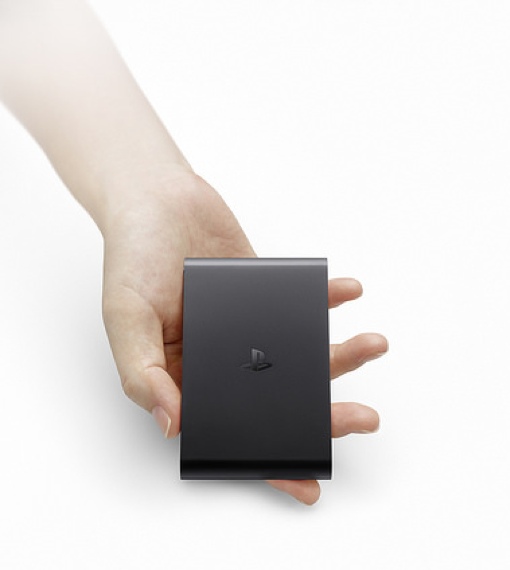 If there’s heavy competition for your family’s living room TV, video game giant Sony may have just the solution. At its E3 press conference late Monday night, the company introduced the PlayStation TV, a small streaming video box that allows you to stream games from your PlayStation 4 to any TV with an HDMI input.

The device, released in Asia last year as PlayStation Vita TV, is small enough to fit comfortably in your hand. And yet, it packs a compelling feature set: Not only will you be able to stream games from your PS4, you’ll also be able to rent a number of PS3 games via the forthcoming PlayStation Now service. Classic PSP, PS Vita, and PS One titles will also be available, so long as your home Internet connection is capable of handling the data stream. Sony promises access to "nearly 1,000 games" at launch.

Of course, there’s still a big question still outstanding: Will the PlayStation TV be a true, full-featured streaming device able to access Netflix, Hulu and other streaming video services? For now, it appears not – you’ll only be able to access and purchase content from Sony’s proprietary digital store. Still, the Japanese version of the device does support its country’s Netflix-like services, so there is some hope for the future.

PlayStation TV goes on sale this fall in the U.S. with an MSRP of $99. A version bundled with a DualShock 3 controller, 8GB memory card, HDMI cable and a copy of Lego Movie: The Video Game will also be available for $139. You can learn more about the coming device at the Sony PlayStation blog.

ps4games
I’m new on this community,
and this is my very first post.
I really appreciate your hard work .
Thank you for this
Information.