Steve Jobs Tribute for Misfits: To Your Vision, Fire, Creativity 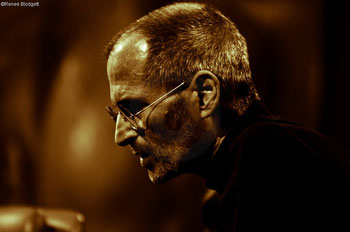 Most of the headlines I’ve read about Steve Jobs’ death — October 5, 2011 — shout the obvious factoid: Apple’s Steve Jobs DIES or Steve Jobs is DEAD. Why not something more honorary like: Steve Jobs Dead Today: The World Has Lost a Technology & Design Visionary, or at least something a little more dignified? They also say that Apple has lost a visionary and creative genius, and the world has lost an amazing human being, however I’d extend the former to the world, not just Apple.

You see, Steve Jobs has the kind of effect that Princess Di had on the world. Yes, really. He “touched” people. He “inspired” people. He moved people to stretch beyond their own limits and beliefs and build something more. Be something more. Care about design in their own creations in a way that would transform people. Care about what they shipped and why. Understand that they had to ship and that delivering what customers want and count on you for, matter more than your ego.

Crikey, I’m not even a Mac user. I was, once, a long time ago. Early on in my career in the early nineties, my marketing agency was on Macs and it’s the only world I ever knew following my early but limited word processing experience at university in London. (the days of Wordstar, Multimate and WordPerfect).
I moved to the PC world when I started representing enterprise technology clients and thereafter start-ups that had limited budgets so didn’t all support Macs out-of-the-gate. My mainstay is a Thinkpad but I do own an iPhone, an iPad and 5 iPods, and am a heavy user of Adobe products, all of which would work more seamlessly on a Mac. The iPod changed all of the lives of those who use one and how we listen to music. The iPad changed the way I do presentations and travel. The iPhone has changed the way we build and view apps on a phone. AND, how we use a phone.

I’m a woman who loves design and fashion, a rarity in Silicon Valley and in the technology industry, a world who lives in logoed t-shirts, jeans and sneakers and not even hip ones. Living in Europe gave me an appreciation for great design and once you have it, there’s no turning back. Even the way the French package up one individual chocolate is decadent enough to give you an orgasm. Yes, really. Great design and beauty, particularly in technology products, isn’t something we cherish in the states, and yet Steve Jobs says, we MUST. And, he did. Again and again, he did.

I bow down to Steve Jobs for his brilliance, his creativity, his genius and his commitment to making technology “beautiful.”

Read the rest of Renee's tribute and see her wonderful collection of photos on We Blog the World.

Renee Blodgett is the founder of Magic Sauce Media, global travel & culture blog network We Blog the World and Magic Sauce Photography. You can find out more of her work here.

Well Done Renee Blodgett for writing a very comprehensive Memorial of the man who changed the world.

He will be missed. I

He will be missed. I watched a commencement speech on YouTube that he gave in 2005, inspiring!