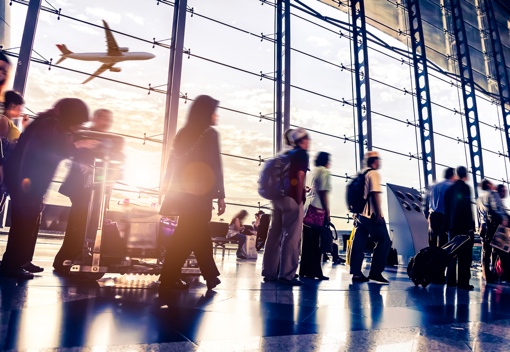 We here at Techlicious have always had a critical eye on the technology used by the Transportation Security Administration (TSA) at our nation’s airports. We’re all for catching terrorists and stopping the bad guys from sneaking weapons on planes, of course. But at the same time, TSA scans make us highly vulnerable – especially the now-discontinued full naked body scans that exposed everything to a complete stranger. Any organization that uses technology to encroach on the privacy of U.S. citizens needs to hold itself to a high standard.

Unfortunately, the TSA screws up more often than we'd like, violating that sacred trust. In its most recent incident, the agency announced the firing of two screeners for improperly groping attractive male passengers that passed through a checkpoint at Denver International Airport, the Denver Post reported Tuesday.

The TSA has issued a statement on the incident. It said: “The alleged acts are egregious and intolerable. TSA has removed the two officers from the agency. All allegations of misconduct are thoroughly investigated by the agency. And when substantiated, employees are held accountable.”

A TSA agent contacted the Denver police department’s sex crimes division about the incident. But because a specific victim could not be identified, prosecutors declined to file charges. Still, the case is under continued review, and other, non-sex related charges could be filed soon. “It’s possible that some other charge may be appropriate,” said Lynn Kimbrough, spokeswoman for the Denver district attorney.

If you’ve suffered misconduct at the hands of a TSA agent, it’s important that you contact the agency with your complaint to get justice and help protect other travelers. Those who feel their civil rights have been violated are encouraged to file a report with the TSA’s Office of Civil Rights and Liberties. You can access an online complaint form and learn more about the complaint resolution process by visiting the TSA website.

[Line of travelers in airport via Shutterstock]

“But because a specific victim could not be identified, prosecutors declined to file charges.”

So no one was responsible for murder during the Holocaust, then?  Oh wait, the dead victims were cremated.  Oops.

This is clearly rape, folks.  And all they got was being fired from a boring job?

Where do I go to enlist?

They claim to track everything about us when we fly, add people to secret no fly lists, have cameras and security checks at multiple stops, yet can’t identify a person they directly witness involved in a crime (as a victim, in this case).