U.S. Government Recommends Cars Begin Talking to Each Other 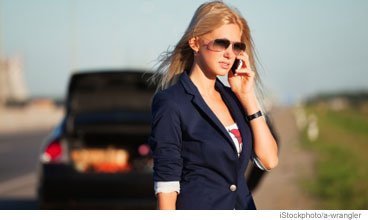 Accidents would be reduced if cars were required to
have connected-vehicle technology, the NTSB says.

My parents were fairly trusting of the television when I was a child, so I had free reign to watch virtually anything I wanted. Mostly, I just watched game shows and cartoons, but there was a special place in my heart for Knight Rider. I didn’t care about – and really couldn’t even follow – the plot. I was just in it for KITT, the super rad talking car that David Hasselhoff drove in the show.

It’s a little frustrating to my inner child that we don’t have futuristic cars like KITT yet. And apparently, I’m not the only one who wants car makers to develop talking cars – a new report (.PDF) by the National Transportation Safety Board (NTSB) is requesting automakers do exactly that.

Of course, the government’s motives and wishlist for a talking car doesn’t quite match my desire for a wisecracking 1982 Pontiac Trans-Am. Instead, the NTSB’s vision has cars talking to each other using “connected-vehicle technology.”

See, the NTSB has been testing a wireless technology in Ann Arbor, Michigan that allows cars to communicate warnings to other vehicles. A truck that stops short at an intersection, for example, could to warn your car to stop soon enough to avoid a collision.

“This technology more than anything else holds great promise to protect lives and prevent injuries,” said NTSB Chairman Deborah Hersman.

The “how” of getting all existing cars on the road outfitted with this kind of technology will be a monumental task. Getting automakers – and lawmakers – to agree on a single standard for new cars could be difficult as well.

Still, even with these hurdles, this type of talking car technology seems like the future of car safety given the number of lives it could save. In the meantime, I’ll keep looking for late model talking Trans-Ams on eBay.

With technology being highly advanced

With technology being highly advanced today, it is not surprising that our cars will be talking anytime soon. However, to implement such a system, cars need to be connected to the Internet and we all know when that happens, it poses a risk of bugs or hackers. Hence, preventive measures need to be put in place first to ensure we will use our car for our safety only.