How to Make Your Smartphone Smarter 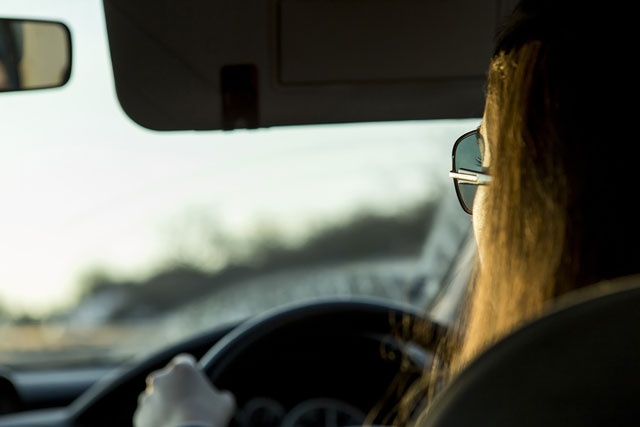 Apps that help you keep your eyes on the road 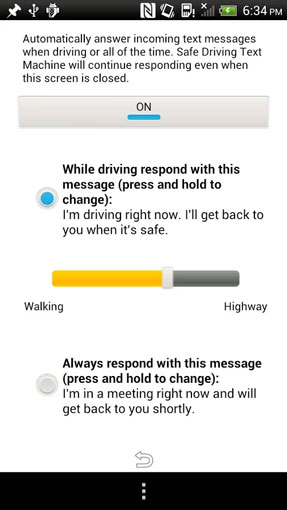 The easiest way to avoid distractions while driving is to block your calls and texts. If you don't want to turn your ringer off, you can load an app that will auto-respond to calls with a text message that says you're driving. Or if you really need to attend to incoming messages, you can get an app that will read them to you, so you don't have to take your eyes off the road.

Apple doesn't let developers design text auto-responders for its iTunes market. So your choices are to turn off the ringer and notifications with an app like SilentAlarm app ($4.99 on iTunes) or have your text messages read to you by Siri when you hear them come in. Just press and hold the home button to activate the microphone (you'll hear a beep), and say "read text message" to hear any new messages.

For Android devices, there are a couple of good app-only options. The most basic is Safe Driving Text Machine (free on Google Play), a text auto-responder that automatically turns on when your phone senses that you're driving. You get to set the speed at which the app kicks in. If you're looking for something a little more sophisticated, the Agent app (free on Google Play) gives you a few more choices. Calls and text messages get an automatic text response, but text messages are read to you as they come in. One drawback is that the Drive mode for Agent kicks in only when your phone is paired via Bluetooth with your car, although the developer promises a speed-based trigger is coming very soon.

Whether it’s a text from a wrong number in the middle of the night or a call that comes in during a meeting, our indispensable smartphones have a way of intruding at exactly the wrong time. Wouldn’t it be great if your smartphone were smart enough to know what you were doing? With the right apps, it can feel as though it does. Here’s how to make your smartphone smarter.

Apps that let you sleep

When you want to get some shut-eye, the last thing you want is an unwanted call. Try an app that ensures you won't be disturbed during hours you set.

For Apple devices, there’s a Do Not Disturb feature built right into iOS 10. Simply schedule the hours you don’t want to be disturbed, and you won’t hear a peep (except your alarm; that will always sound). You can allow calls from specific people regardless of the hour and enable calls to ring through if there’s a second call from the same person within three minutes. You can find Do Not Disturb by swiping up from the bottom of your phone or by going to Settings > Do Not Disturb. If you want only certain people to be able to get through, you can go to Contacts > Select the contact you want let through > Edit > Ringtone. On the ringtone page you can toggle on Emergency Bypass.

Android users with phones running Lollipop 5.0 or later come with a feature called Do Not Disturb, accessed through the phone’s device settings > sounds and notifications. With Do Not Disturb, you can schedule hours when you won’t accept calls or notifications and allow your contacts or "Favorite" contacts to reach you any time. If you want to hand-pick contacts to be able to reach you, try Nights Keeper (Free on Google Play). For the same functionality on older Android devices, try the Agent app (free on Google Play).

For Android phones running Marshmallow 6.0 or later, you get more control. You can set you phone to be silent when you have a calendar appointment, set Do Not Disturb for a specific time period and set your own rules for times and days when you don't want to be interrupted.

Apps that keep your meetings free of interruptions 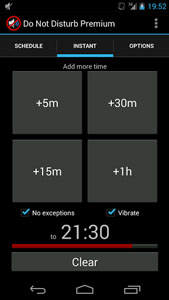 Want to ensure you're not interrupted during important meetings? Set your phone to automatically go into silent mode whenever you have a meeting scheduled — or if you only need quiet occasionally, use an app that lets you hit a silence button that times out after a predetermined time. Never again will you forget to turn your ringer back on.

For iOS devices, I like the SilentAlarm app ($4.99 on iTunes). When you switch off the ringer, you can set the app to remind you after a predetermined amount of time that your ringer is off, instead of automatically coming out of silent mode. The app also reminds you when you leave a location where you usually mute your phone — think the gym, movie theater or church — or arrive somewhere that you want your ringer on, like work. If you're just looking for an app to silence your ringer while you're in meetings, try AutoSilent ($2.99 on iTunes). You can manually select which meetings to silence, or silence them all.

Silence Premium Do Not Disturb ($2.50 on Google Play) is the best stand-alone app for Android devices. It lets you silence your phone based on your calendar entries, selecting all or just those you select as busy. Set a mute timer if you find yourself in an impromptu meeting. And when you're in silent mode, you can have an auto-responder send text to select contacts to let callers know you're in a meeting.

When I switched from my Nokia to the original iPhone, I was surprised Apple didn’t have Talking Caller ID. So I created an app for that! http://RingtoneDirector.com lets you create custom talking ringtones in dozens of text-to-speech voices that speak whatever you type!  There’s a free version, so give it a try!

Thoughts on Skyvi or Siri alternatives for Android?

I downloaded Skyvi when I first got my Android because I heard it touted as “Siri for Android.” Not sure it lives up to that designation, but I was wondering what your thoughts are on using its Drive Mode for this purpose?

Also would love to see a future post on Siri alternatives for Android! (I love my Android device, the only thing missing is a voice-responsive app that will not only look up contacts/ information on the web, but will dictate it back to me)

As a longtime Android user, I always saw Siri as “Google Voice Commands for iPhone”, since Apple is actually the follower when it comes to voice actions. Google Voice Commands is built into Android and allows you to do everything from looking up contact info to setting appointments to searching the web to getting driving directions. You can ask it questions in standard English, e.g., “What will the weather be in New York tomorrow?” and get spoken responses.

Here’s a short list of what Google Voice Commnads can do: https://support.google.com/websearch/answer/2842392?hl=en. But in addition to the list of Android commands, anything you can do through Google Search, you can pretty much do with Google Voice.

Our friend Jennifer Jolly did a fun take on Siri vs Google Voice Commands on USA today: http://www.usatoday.com/story/tech/2013/11/10/siri-android-voice-command-s-voice/3456041/

Use Tasker instead on Android

You can use Tasker to automate muting and unmuting your phone at specific times of the day. This would be a better option than clogging up the phone with apps which do only one thing.

I used your link to VeloCT, but it doesn’t lead anywhere. I search for it in the Play Store but nothing to be found by that name specifically. Did the app change it’s named? Was it deleted? Who is the company that made it, maybe I can find it that way?

please check https://play.google.com/store/apps/details?id=com.setubridge.staybusy2,
which provides a way to auto reply to a caller while you are busy in meetings or driving car or sleeping etc…
you can reject call instantly with customized messages using whatsApp,line and default messaging system.

Hi
I’m looking for an app that I can allow only certain people to call me when I’m asleep, I have a Galaxy S6 and yes I have tried its inbuilt setting, but it only allows you to choose people in your favourites or all contacts
Well I have 8 numbers in my favourites, but only 3 of them I would allow to wake me if I’m asleep and no I’m not about to remove the other 5 just to get it to work.
So my question is, is there an app that I can choose specific people to call me when I’m asleep and not a set group like in favourites or contacts.
Cheers Ron

I’m using Sound Off Reborn (https://play.google.com/store/apps/details?id=net.hubalek.android.apps.soundoff
) for scheduled mute of my phone.

It has nice visual way how to see what you scheduled. It also supports even and odd weeks.

Thank you for providing such useful information through your article. Good work!!!, keep on writing such articles it will be my pleasure to read them all. Also, read my articles on technology and share your experience.