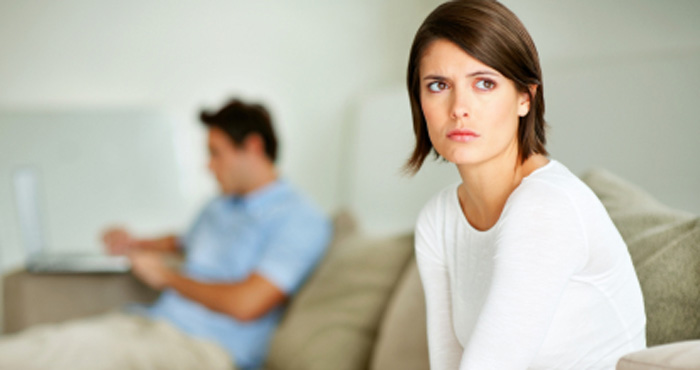 Facebook updates, tweets and other social media posts can all be obtained in divorce proceedings. So if you’re contemplating divorce in a situation where things could get ugly with custody arrangements or assets, know that your spouse will use any ammunition you unwittingly leave online to discredit you.

According to the American Academy of Matrimonial Lawyers, 20 percent of divorces involve Facebook in some way and more than 80 percent of divorce attorneys say they have seen an increase in the number of cases using social networking evidence during the past five years. I spoke with Steve Mindel, family law attorney and partner at Feinberg, Mindel, Brandt & Klein, for advice on how to make sure your digital house is in order if you’re contemplating divorce.

First, be mindful of who you’ve friended on Facebook. It may seem obvious in retrospect, notes Mindel, but people often friend their paramour. Facebook then serves as the perfect archive of the development of the relationship.

According to a 2008 Pew Internet and American Life Project study, one in five adults use Facebook for flirting—something divorce attorneys are well aware of.

For parents facing a potential custody battle, Facebook can pose an even bigger danger. Pictures of you drinking, smoking or engaging in irresponsible behavior can be used as evidence. There have also been cases that use Facebook to document your whereabouts—did you really attend a business conference or were you in Las Vegas gambling?

Make sure your “Friends” are being friends

What your friends and family post online is often fodder for divorce attorneys—a birthday toast at the bar, a comment about a gift you gave your lover. So don’t rant to a gossip and stay out of potentially incriminating pictures both those posted by your and others. And if your “Friends” are really friends, they’ll abide by your request to keep your offline conversations private and your photos clean.

One thing people don’t consider, says Mindel, is that when you delete an email, it doesn’t disappear. It will sit in your deleted items folder—whether it’s on your phone or your computer—until you permanently delete it. Make sure deleting email messages on your phone also deletes them from your account online. Otherwise you’ll have to log in online to your email provider’s website to permanently delete things. Mail will also reside in the “sent items” folder from the sender.

And if you get to the point where you are separated and heading toward divorce, you’ll also want to change the passcode to your home network. With full access, your spouse can browse the contents of connected computers. So be sure to set up guest access to the network for your kids’ devices. Otherwise it’s a simple matter of checking the network settings on the Nintendo DSi, iPod Touch or other Wi-Fi device to get the new passcode.

It’s hard to think about things like home networking passcodes when you’re contemplating something as emotion-laden as divorce. But taking the measures that Mindel recommends will help prevent online evidence from letting you put your best foot forward, should your day come in court.

[Editor's Note 9/8/2020: We've heard from many readers about mobile devices and PCs being hacked or monitored by current or former spouses. So it's a smart idea to lock down these devices, as well. For your PC, a recommend an antimalware solution from Bitdefender, Kaspersky or Norton to help prevent spyware and potential phishing attempts. For protecting your phone, follow our advice in our story on How to Tell if Your Phone Has Been Hacked.]

Additionally i’d note that if you think your account has been compromised, check your security settings on facebook for example, it will show active sessions, if there are any locations or computers that you don’t recognize someone may be logging in and reading your messages. Same with email accounts, a lot of them show recent logins and times/dates.  If you logged in at some time you know you weren’t even on the computer something might be going on. (Keep in mind however the email servers might be on a different timezone, so use days as discrepancies not times.)

My ex husband has hijacked my phone....HELP... This had been going on for almost 3 yrs. I know who i

This has been going on since I got divorced almost 3yrs ago!!!!! I know he has control over All my accounts… I KNOW WHO it is…I even had to deactivate my Facebook account… Pictures were deleted or comments were deleted from friends of mine….fiancé also had to deactivate his also….I AM SICK OF THIS AND NEED HELP….CAN’T EVEN GO TO YOU TUBE….HELP!!!!!!
DEBRA SIBILSKY

We’ve done a lot of research into mobile spyware and there are easy ways to protect yourself from phone hacking.

First, we have seen no examples of commercial spyware that can be installed on either iOS or Android without physical access to a device. So keeping your phone out of the hands of your ex and having a lockscreen password that is difficult to guess will go a long way to protecting you. Similarly, iPhones would need to be jailbroken in order to install spywre, though we’re seeing some reports of examples in the government hacking community that can be installed on non-jailbroken phones.

If you think your phone is compromised, scanning it with Lookout Security should detect the malware and tell you if your iPhone is jailbroken. And doing a full factory reset should remove an malware, even if not found by the security app.

That said, it’s quite possible your ex is accessing your account through other means, such as knowing your passwords for your email account. Here’s how to ensure your email account is secure: https://www.techlicious.com/tip/what-to-do-when-your-email-gets-hacked/

Hi,  well I blocked other friends to test this out and they were not removed from my phone so I was a little freaked about that. I’m thinking its a messenger thing that’s synced.

Hi,  thank you for responding.

I was locked out of one account so I created another.  The third account my google g-mail created on its own.  How that happened I don’t know. Been trying to get rid of it.

I see three Sheri Van Fossan profiles on Facebook. Is it possible someone created a fake one?

Get a new phone number

I phone syncing says to another device

Hi ,
I was going into my setting on my I phone 4s and stumbled across wifi /  I tunes sync and I noticed that it reads
Sync will resume when Loko is availablez..
That’s my boyfriend and it’s his pc account

What is going on

im wnt check who track my phone, my whts up, my fmly conteck

In my Whts up

These people are not right in the head

Why would the family be lying

Posing as a developer

Hi.  My phone has been hacked for months. This is my 3rd phone   3rd number.  3rd service.  And I had enough information for a criminal warrant.  Which was NEVER served.  Now I have an iPhone   And all this time she is using an open source license from the developer.  What can I do to stop this PSYCHO?

Why do you think your iPhone is hacked?

Actually hacking an iPhone without direct access to the device is a very difficult thing to do. With the exception of some extraordinarily expensive software sold to national law enforcement and spy agencies, I’m not aware of any examples where this has been done. Can you provide more detail on why you think your phone is hacked? It’s probable that if someone is getting private information about you, it’s coming from another source.

In my case after 21-2 years I have found out somebody has me listed as there child. I’m in my 50’s so they have access to everything. I change my password they get notified and told my new password because the have proxy over my acct as a parent. I have tried to find out who??? But getting no help by anyone. Very frustrating .

Chéck my phone and see who is tracking me