What You Need to Know Before Buying a Drone 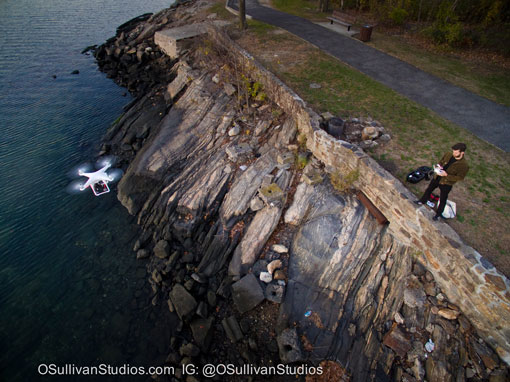 Drones are “the next big thing” for hobbyists, as they quite literally and figuratively take off. Once limited to professional use for tasks like military covert operations and firefighting, unmanned aerial vehicles (UAV) are now being produced at prices that bring them into the reach of the everyday enthusiast, and are becoming increasingly popular for recreational use.

The Consumer Technology Association expects “the U.S. market will approach 105-million-dollars in revenue in 2015 (increasing by more than 52 percent from 2014) with unit sales expected to approach 700,000, an increase of 63 percent,” says Laura Hubbard, Senior Manager of Industry Communications for the Association. And research forecasts from the group say the global market for drones could reach 300-million-dollars by the year 2018.

You can see why drone sales are exploding from the beautiful video by O'Sullivan Studios, which showcases the power of drone aerial photography to transform the everyday into something special.

However, the outlook for drones is not entirely rosy. Recreational drones are making headlines for creating airport hazards, interfering with emergency services and endangering people’s lives. And in order to keep better tabs on all of these new unmanned aircraft, the U.S. Federal Aviation Administration (FAA) is now requiring owners register their drones.

So what should you know before buying a drone? We talked to industry experts and pros that use drones to find out.

What Type of Drone Should You Purchase?

Steve Cohen, an Educator at Bergen County, New Jersey Technical Schools, Applied Technology High School, advises novices to buy a Micro Drone first. That’s a drone that can essentially fit in your palm or pocket. You can test it inside your home and you can easily find models for less than 100 dollars.

Cohen explains, “The micro-drones are not suitable for outdoor flight—they are purely intended for operators to become more proficient in operating drones. Once you get into the $600 price point and a weight range of 2-4 pounds (with safety features like geo-fencing and return to home), you can start taking your aircraft to higher altitudes.”

The controls for micro-drones are basically the same as larger drones, however you are likely not getting the safety features and other bells and whistles, which can include GPS and video downlinks to tablets and smartphones.

“Learning to work with a smaller drone will help you man a larger, more expensive and more fully featured complex model,” adds Cohen. 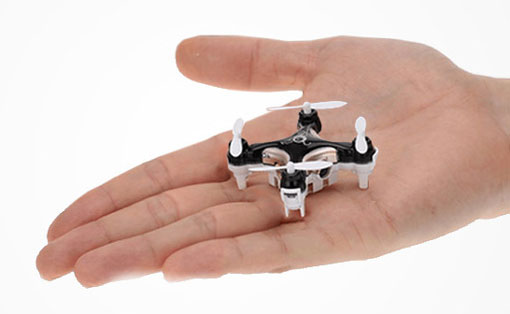 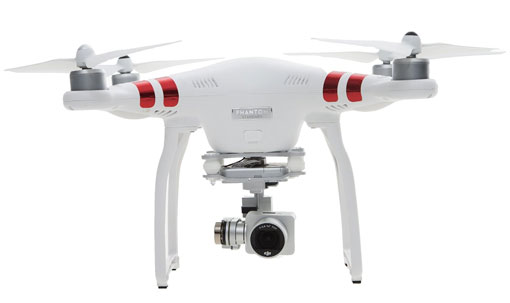 In general, the more expensive, larger drones are tooled with everything from 3-D mapping and videography to search and rescue maps. The good news is that while larger, heavier and more technical, they can be easier to operate.

Recently, manufacturers, including DJI and 3DR, have started work on integrating maps into drones that can be updated in real time with no-fly zones, allowing for geo-fencing and the creation of virtual boundaries. So if there were an emergency, drone operators would know how to avoid temporary no-fly zones.

Do You Need to Register Your Drone?

As of December 21, 2015, owners of a drone weighing more than 0.55 pounds and less than 55 pounds, including accessories like on-board cameras, must register their drone with the FAA. To register, you must be 13 years of age or older and a U.S. citizen or legal permanent resident. It costs just $5 and registrations entered before midnight EST on January 21, 2016 will be refunded.

What You Need to Know Before You Fly

While they may look easy to fly, even the smallest of drones are potentially much more than mere toys. While one can learn the techniques with an inexpensive micro-drone, experts suggest that you get trained and educated in the craft before taking one out in the field.

“Go to a group like Drone User Group or the Academy of Model Aeronautics to seek out clubs and forums,” advises Cohen.

The Consumer Technology Association ’s emphasizes the importance of the FAA and industry guidance and encourages users to review this check-list of tips for safe recreational use of drones before they start flying them including:

The FAA offers its latest guidance on its website.

What Happens If You Enter a No-Fly Zone While Using Your Drone?

Visit KnowBeforeYouFly.com before launching your drone. Breaking the rules could result in a citation, community service and/or probation plus confiscation of your drone and all the accompanying equipment. If the offense is larger (such as hurting a pedestrian or destroying public property) the punishment could be much more serious.  So respect the guidelines, play safe and have fun with your new hobby!

Nice article on the introduction to drones. I especially love the video.

Video was very insightful. There are many workshops conducted on drones. Have to find some time and attend those.

What you need to know

Thanks for the feedback!

Would you allow me to...

My name is Arjan, I run a blog over at bestdroneshop.eu

I really liked a few articles on your site.

I was wondering if you would allow me to embed a couple of articles from your site on one of my domains? You would get credited for all sales and ad revenue, I might just get a few leads from the overlaid popup box.

I’m going to drive traffic to your content using FB ads, so you’ll get extra page views, and the benefit of all of the traffic. (sales, ad revenue).

Just wanted to check out that this is ok with you