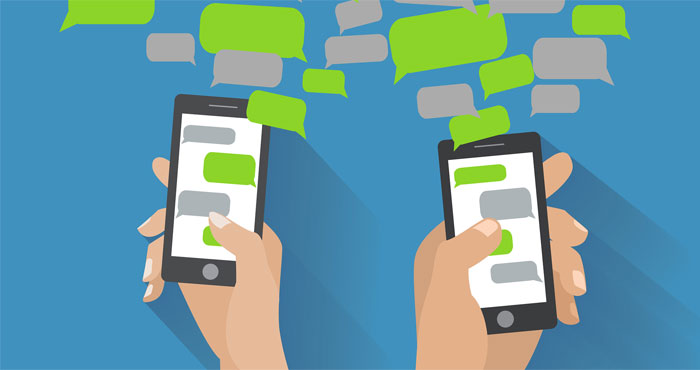 There's a new smartphone bug going around, and it can cause an annoying crash in iMessages and WhatsApp. The "black dot" bug happens when someone sends you a malicious text message that your smartphone doesn't really know what to do with. The text usually looks perfectly innocuous, leading you to open the message — but once you do, the app freezes, so you have to force-close the app or reboot your phone.

Despite what you may have read, problems like this won't destroy your phone, but they will lead to some frustration. (Mostly with the person who thought it was funny to send you the message in the first place.)

This black dot isn't the first text bomb bug we've seen hit smartphones, and it probably won't be the last. Earlier this year, sending a specific Indian-language character could crash messaging apps and even some email clients — including the mobile versions iMessage, Facebook Messenger, WhatsApp, Gmail and Outlook. Most of these bugs are fixed fairly quickly, but the black dot bug is still going around. So what can you do about it?

Fortunately, whether you're the victim of the black dot bug or some future messaging error, it's usually a pretty easy fix. No matter what messaging app you're using, you'll need to get the message off your screen and delete it, so your phone stops trying to load the malicious message.

Here are the basic instructions:

If these steps don't work, you may be out of luck until a fix is rolled out. Avoid using your messaging app and keep an eye out for updates to your operating system as well as the app causing problems. (Turning on automatic app updates means you'll find these fixes faster.) Companies typically rush to fix these bugs, so you shouldn't be inconvenienced for long.

But even if you haven't been hit by this bug, you should always keep an eye out for software updates. New versions of Android and iOS inevitably contain bug fixes to address issues like this, and installing them before you run into trouble could save you some hassle.