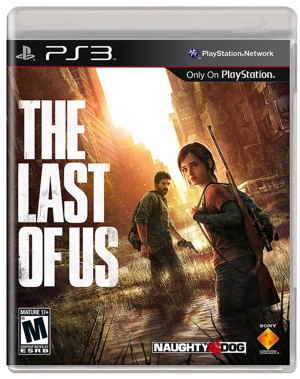 Physical media like this PS3 game is rapidly
becoming obsolete by digital downloads.

In case you haven’t noticed, physical media is disappearing. Instead of buying software at Circuit City, we just download it online. We don’t rent a DVD at Blockbuster, we stream the movie on Netflix.

It’s a trend that’s being echoed in the next generation video game market. The PlayStation 4 video game system officially goes on sale November 15, and its maker Sony is expecting a lot of people to want to download video games for it instead of buying them at Gamestop. But you won’t just be limited to Sony’s own Playstation store: Today, Amazon launched its own competing PlayStation Network Store.

This is great news for us video game shoppers. Instead of Sony having a monopoly on its own digital video game sales, it’s willing to give a piece of the action to Amazon to help boost sales. That opens up the possibility for special bargain-priced PlayStation 3, PlayStation 4, and PlayStation Vita games much like you can find in the Amazon App Store for Android.

If you want to check out the new Amazon PlayStation Network Store now, you’ll be able to score a $5 PSN credit when you buy one of a handful of the PS3’s biggest digital downloads, from Assassins Creed IV Black Flag to The Last of Us. Or you could just sit on your hands and wait for the next generation of video gaming to begin. It’s only 3 days away, after all.