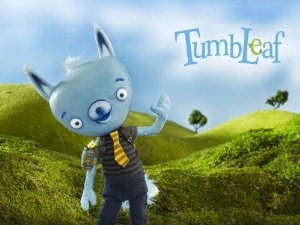 Amazon original Tumbleleaf's 2014 season will
be made available in 4K ultra high definition.

Few people have 4K ultra high definition televisions in their home yet, but that isn’t stopping Amazon, Comcast and a slew of other major content providers from offering up plans to offer significant amounts of 4K content coming later in the year.

The announcements came during a Samsung press conference held earlier today at the 2014 Consumer Electonics Show in Las Vegas.

According to Amazon, all original programming being shot by Amazon Instant Video in 2014 will be made available in Ultra HD. The company is also partnering with Discovery, Warner Bros. and Twentieth Century Fox Home Entertainment to offer other rich UHD content for owners of 4K and 4K-compatible TVs.

Amazon is far from the only company making waves with their 4K offerings, however. Cable provider Comcast is partnering with Samsung to offer an Xfinity TV 4K app capable of streaming a growing library of movies and television on demand. DirectTV and YouTube is also announcing plans to offer content in 4K at this year’s CES.

The lure of 4K TV, of course, is that it features 4 times the resolution of 1080p HDTVs currently on the market. Many 4K televisions still sport five-digit price tags, though a few budget options have made their way to the market.