Is the Kindle Oasis the Best eReader? 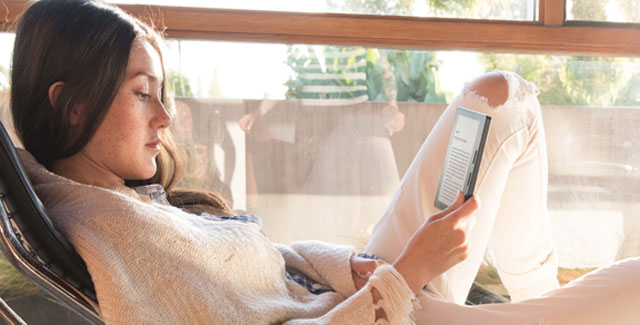 Today Amazon announced the Kindle Oasis is joining their line-up of ereaders. If your current ereader or tablet feels too bulky to comfortably read books the Oasis may be worth the upgrade. At 4.6 ounces it weighs about as much as a paperback book, though it's much thinner: just 3.4mm at its narrowest. That's 20 percent lighter and 30 percent thinner than any of Amazon's other Kindles. It's also lighter than competing ereaders like the Nook GlowLight Plus (6.9 ounces) and the Kobo Glo HD (6.3 ounces). 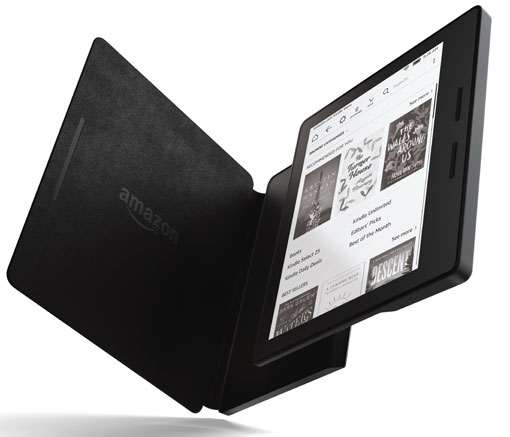 But one of the most important features of an ereader is the screen. A low resolution, dimly lit screen can be difficult to read and cause eye strain: and it's a big advantage for paper. The Oasis has a 300ppi screen, similar to Apple's Retina displays, and is the brightest Kindle screen to date (10 LEDs vs. the Voyager's 6), making it easy to read in low light.

However, the Oasis probably won't feel quite like a paperback in your hand. An all-new shape keeps the center of gravity in your palm, making it comfortable to hold. A built-in accelerometer detects whether you're holding it in your right or left hand and adjusts so you can turn the page (using buttons or by tapping the page) on the appropriate side.

The Oasis comes with a leather charging cover—in black, merlot, or walnut--that attaches with magnets so it's easy to snap on or off if you want the added protection of a cover or the added portability of carrying the Kindle on its own. When connected, the case will automatically charge the Oasis providing months of battery life with a hibernation mode that activates when the cover is closed to extend that life even further. When the two are plugged in together, both will charge. This makes for a longer-lasting battery than you'll find on the latest Nook (six weeks) or Kobo (two months), but whichever ereader you prefer, they're all perfectly adequate for reading without the need to remember to plug your "book" in regularly. 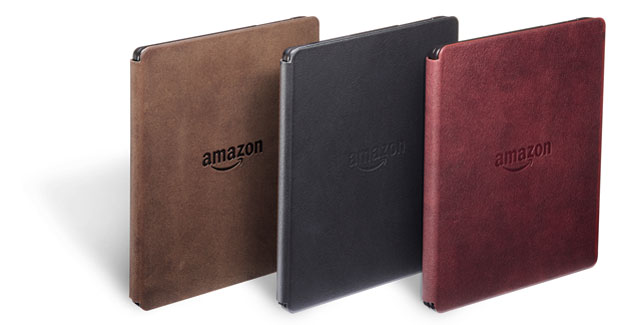 The downside to this high-tech paperback? Price. The Oasis retails for $289.99 with Wi-Fi, making it one of the priciest ereaders on the market (the latest Nook and Kobo cost about $130). If you want an Oasis without Amazon's special offers--advertisements that display on the screen when you aren't reading—it's even more expensive at $309.99.

Amazon is also continuing the somewhat annoying trend of shipping the Oasis without a charger, which will cost an additional $19.99. However, it charges by micro USB, and if you have many gadgets at home you likely already have a charger that will work. Amazon's other Kindles will remain the economy option, with the basic Kindle starting at $79.99, the Kindle Paperwhite starting at $119.99, and the Kindle Voyage starting at $199.99.

So is the upgrade worth it? If you're a heavy reader, this is certainly the best ereader on the market right now—and if you already have a library of Kindle books, it gives you an improved way to read. However, budget buyers will want to stick to lower end models—or paperbacks from the nearest used book store--for now.

You can pre-order the Kindle Oasis from Amazon today to have it by the end of the month.

This kindle is really very awesome and help. I have been using this for 5 month. I just like that….