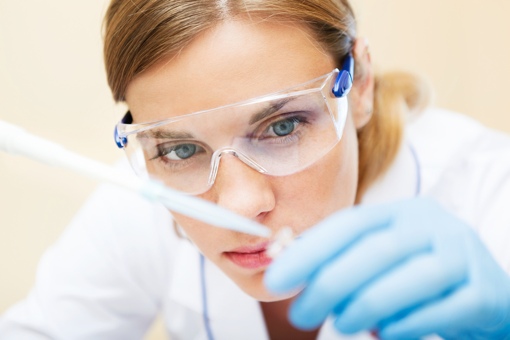 If you’ve ever spent time wondering about your genetic lineage or probability for developing a serious inherited condition, your smartphone could soon offer peace of mind. According to the MIT Technology Report, Apple is collaborating with genetic researchers to create iPhone apps via ResearchKit that would allow you to test your DNA and share the information with researchers around the globe.

Rather than map your entire genome, Apple’s vision of DNA testing would instead focus on 100 or so medically significant genes. The test itself requires you to spit in a cup and mail it to an approved laboratory. Testing would cost “no more than a couple hundred dollars each” and be performed by University of California at San Francisco and Mount Sinai.

Why is there such a big push for expanding the scale of DNA testing? Aside from the benefits to individuals, collecting massive amounts of anonymized DNA data would allow researchers to learn more about the causes of disease. For example, it could help explain why people with genetic markers for a specific disease don’t wind up inheriting it. Collected data would be kept in a cloud accessible to scientists (but not Apple itself). For researchers, more data is definitely better.

Of course, if you submit your DNA for testing, you’ll be able to view your own personal genetic data. This could eventually include information about your ancestry, paternity, risk factors for diseases like breast cancer and the likelihood you could pass a genetic disorder to your child. It’s possible that Apple could enable the sharing of this data – that is, you could choose to share your unique genetic makeup with your doctor, a family member or a specific research study. (A 2008 federal law protects your privacy by prohibiting discrimination based on this data.)

For now, the value of knowing about your DNA is somewhat limited. But as researchers gain access to more data, potentially provided by Apple’s ResearchKit, that’s likely to change. “In ten years, (knowing your DNA makeup) could be incredibly significant,” says Cold Spring Harbor Laboratory geneticist Gholson Lyon.