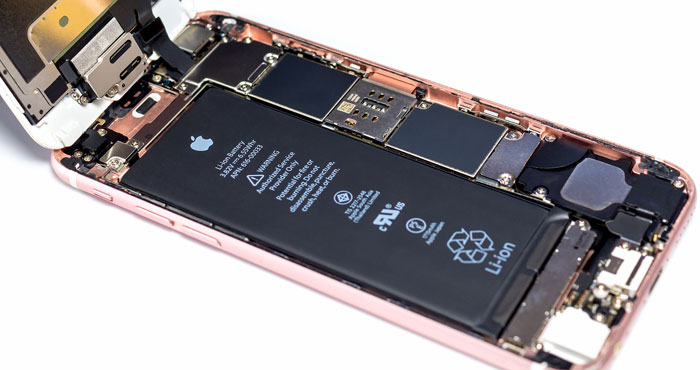 We recently learned that Apple was quietly slowing down the processor speed of older iPhones. While this was designed to prevent crashes on phones with aging batteries, iPhone owners are far from pleased that Apple has been slowing down their phones without telling them. In fact, 15 class action lawsuits have been filed against Apple over this issue, and we may see more before this controversy dies down.

Apple isn't exactly apologizing for these iPhone slowdowns, which cut down on iPhone crashes by 80%, but it is apologizing for the lack of transparency. As part of that apology, Apple will make it easier to tell if your battery is slowing down your phone — and cheaper to replace the battery if it's causing problems.

As of January 1, it will cost just $29 to replace the battery in an iPhone (for the iPhone 6 and newer) — though if your phone is covered by AppleCare or AppleCare+, replacements will still be free. That's a nice price cut from the previous $79 replacement cost, making battery replacements easily affordable — certainly more affordable than a brand-new iPhone. There's one caveat to this deal, however: Apple only committed to these $29 battery replacements during 2018, after which the cost could go up again. (So if you think you need a new phone battery, get it in 2018.)

Currently, iOS doesn't tell you much about your battery's health. The only sign of a potential battery problem is hidden under Settings > Battery (in iOS 10.2.1 and higher), where you could see a message saying your phone's battery needs to be serviced. But that doesn't give you a lot of information — and certainly doesn't suggest that your phone may be sluggish because of the battery. In early 2018, an iOS update will add more information about battery health, making it easier to tell if your battery is the cause of your phone problems. Apple has already added a support page explaining the battery problem (and how it could cause iOS to slow down your phone), but soon you'll be able to see if this is your phone's problem from your settings menu.

But if you just don't trust Apple after this debacle, LG, Samsung, HTC and Motorola have all announced that they do not slow down older phones. If you're done with the iPhone, you have plenty of options.

good if the offer still available

That’s good if the offer still available, I’ve issues with my battery and I think the screen brightness is the main reason. I turn the brightness control way down manually. And to save more I run a dark theme and black wallpaper and for every background I can. To avoid the cell phone white or light pastel backgrounds and wallpapers, as they require the processor to fire more pixels and also delete all apps I don’t use recently. But the battery still draining very fast so, I’ve to replace it.