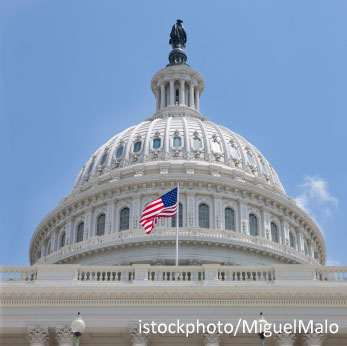 Telecommuting has been increasing in controversy: Major employers Yahoo! and Best Buy recently announced that they would be putting an end to employees working from home this year. But as thousands of tech workers are being sent back to the office, the U.S. House of Representatives is considering extending work-at-home privileges to your congressperson and senators, eliminating the need for our elected representatives to meet in Washington, D.C.

Last week, Rep. Steve Pearce (R-NM) introduced H. Res 137, a bill that would create a “virtual setting to implement hearings, conduct debates, meet, and vote.” Effectively, it would move congressional business from the real world to a virtual one.

Congressman Pearce’s bill cites post-9/11 security concerns for congressional sessions, the cost of a brick-and-mortar congress, and recent improvements in technology as reasons for its introduction. Beyond this, Pearce believes the bill will make congress more accountable to the public.

“Keeping legislators closer to the people we represent would pull back Washington’s curtain and allow constituents to see and feel, first-hand, their government at work,” said Pearce, who has described the bill as a “priority.”

Not everyone is on board with the change. While cutting down on 3,000 mile commutes would certainly leave more time for work, putting congress online could actually decrease the amount of time congressmen spend working. That’s why Yahoo! pulled the plug on its work-from-home program: All Things Digital reported that a look at the company’s logs showed that telecommuting employees weren’t working often enough. There are also serious concerns that a 14-year-old hacker could potentially bring down an entire house of government.

What do you think of this work-from-home bill? Will a work-at-home congress have more time and be more effective? Or will moving the federal government to a message board create even worse flame wars than the ones lawmakers currently engage in?

He can't be serious

Although I am an ardent fan of utilizing technology to the fullest, to allow a “do nothing” congress to hide behind a computer screen will only result in them doing less than they do now ... which is darn near nothing beyond bickering and laughing all the way to the bank!  Sounds like a scheme to get new computers and free internet access their homes.

Like! I couldn’t have said it better myself! Telecommuting is for conscientious, proactive, self-disciplined, organized, responsible, productive and trustworthy individuals—attributes that this Congress collectively lacks and sorely needs!

You can't be serious!

Congress can’t accomplish anything when they show up to work, I seriously doubt they’ll get anything done by telecommuting.  The only way I’d agree to allow them to telecommute is if they take a 50% cut in pay, pay for their own health insurance and travel expenses.  If we fire 5 politicians, approximately one million dollars would be saved in wages alone.  Imagine the money saved on their perks.  We could balance the national budget easily….

I am all for members of Congress telecommuting if it means they are working with their DC staffs virtually while they are at home in their districts - if they are not already doing this, they should be.

As to conducting official business, absolutely not. Bill debates and hearings need to be conducted LIVE and face to face - the flavor of the dialogue is lost when people are not in the same room. In addition, how would the public be involved in this? Almost all hearings and floor debates are open to the public and generally available on CNN or other news sites. Telecommuting opens the door to work done in private that should be open and transparent.

Finally, nothing done via internet is private or secure. A good hacker can hack anything. I would not want the US Congress hacked. This is a ridiculous proposal designed to let members of Congress work less. If they are telecommuting from their districts, they are not doing the work that being physically present in the district demands, which is meeting with their constituents and local staff to address local problems and issues.

These politicians are useless now. They’d be even more useless at home. They can’t be trusted to be a telecommuting group. And they wouldn’t put in more face time with their constituents. Just a big joke. And our Congress is already a joke.

Can Congress police itself!

Absolutely not!  We cannot trust them to consult when they are together and come to any agreement, why do we think we are able to trust them when no one is around.  It is a disgusting thought and should not happen!

There is no control Management Policies

The issue with many drawing back workers to an office is there is no control management protections polices.(safety & security) that imperative data is not compromised, leaked of fall into ill gotten hands. I know banks, credit card service providers, billing accounts workers, medical data specialists, and more that telecommute…...

This has lead towards adverse risk of consumers financial, medical and personal data being compromised and/or corrupted at accelerated rates. It’s beyond hacking but open access from beyond corporate offices with co-workers that can report misconduct or act as a second pair of eyes on non discretionary activities. Therefore you have no checks and balances.

Really, politics the three system rule for checks and balances want to disrupt the defining views of more transparent measures before the eyes of the voting public???????

I question the validity of this concession as run-away high-jacking voters rights from a party system that serves society to a more dictate where society serves government actions! Enabling Might Makes Right without warrant against the society it is suppose to serve….!!!!

The draw back one issues is opening up on the internet to the public—- I bare difference one practice in media or telecommunications federal law & guide lines applied ..it’s called delayed transmission to refute indiscretions of broadcast who will dictate the video, media EDIT!!! - This can’t happens if viewed, witnessed via a public audience there is no delay there is no censoring to public admissions!

I agree with previous comments.  If they can’t agree and get anything done in DC what makes us think they would get anything done from home (Their cushy homes bought with our money).  We should insist they put in more hours in DC and stay there until they get the job done.

... they stay home far too much right now!

I’ve heard quite a few of them refer to their ‘work’ as a ‘public service’...so maybe it’s time they ALL started doing public service, and give us back some of our money…

HELL NO!  ARE THEY SERIOUS?

For telecommuting to work, something has to be accomplished.  Looking at the House and Senate’s track record of accomplishments, I would say the investment in a pen and paper would be wasted much less having to purchase electronic equipment.  Why don’t we just have them mail their vote in, we can prop up the USPS at the same time (things will be slow to never, but why change).

Does that mean we can knock down the extraneous buildings and fire the unnecessary workers?

How absurd….but you can bet that, hopefully after I’m dead( I’m 74), that this will happen just as surely as the lemmings run over the cliff.

We’ve been duped, plucked and lied to so much that it will probably happen before most folks find out.

By and large we are lasy, venial people who pay no attention until after the fact which is when the gnashing of teeth will start.

I say we’re getting what we asked for.

It’s a terrible idea. They spend so much time fundraising and on breaks and vacations now. In addition they have great difficulty communicating
when they are in the same building, how can we expect them to get things done when they are scattered to the winds.