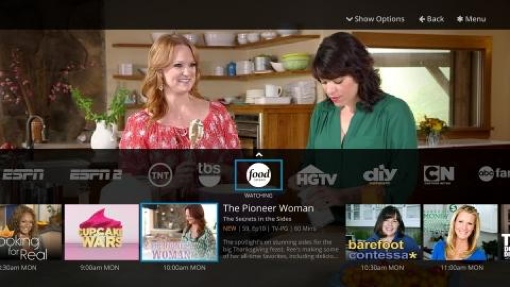 “Consumers can now watch their favorite shows on their favorite devices that they already use to watch video. Live television, including ESPN, for $20 per month with no commitment or contract, is a game changer.” explains Sling TV CEO Roger Lynch. “The arrival of Sling TV lets consumers, who’ve embraced services like Netflix and Hulu, take more control of their video entertainment experience.”

You can access Sling TV content on your iOS or Android mobile device, and on your PC or Mac via the Sling TV website. A Sling TV app will also be coming to Amazon Fire TV, “We are thrilled that Dish is bringing Sling TV to the Fire TV platform when they launch” said Peter Larsen, Vice President of Amazon Devices. “Sling TV is an innovative streaming service—and for the first time on Fire TV, customers can now watch their favorite live sporting events from channels like ESPN and ESPN2 while also enjoying popular TV shows from channels like TNT, TBS, HGTV and Food Network—all for a low cost of $20 per month.”

In addition, you'll be able to watch Sling TV on the Google Nexus Player, select LG and Samsung Smart TVs, Roku and Xbox One. If your favorite streaming device isn’t listed above, don’t worry – support for other streaming boxes will be coming soon.

Sling TV is slated for launch sometime in the first quarter of 2015. To learn more about the coming service, visit the Sling TV website at sling.com.