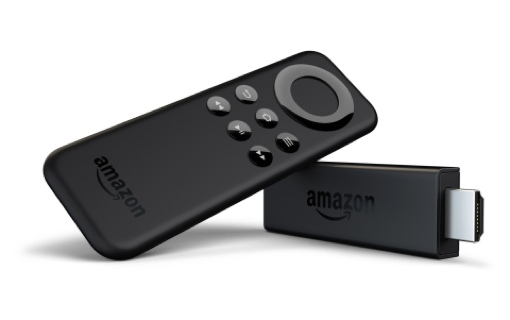 Today, Amazon introduced the Amazon Fire TV Stick, an HDMI-stick successor to its original Fire TV set-top box. Like the similar Roku Streaming Stick and Google Chromecast, the Fire TV Stick turns your existing dumb television “smart,” adding access to shows, movies, music, apps and games. The tiny device is approximately the same size of a pack of gum and hides inconspicuously in an HDMI port in the back of your television. And you can't beat the price: just $19 for Amazon Prime members, but only for today and tomorrow.

Before you write the Amazon Fire TV Stick off as “just another TV stick,” you’ll want to check out what it has going for it under the hood. It has a dual-core processor, 1GB of RAM and 8GB of storage for apps and games. That’s 50% more processing power and double the memory of Chromecast and 6 times the processing power and double times the memory of the Roku Streaming Stick, which should mean more speed and smoother navigation.

Amazon Fire TV Stick comes with its own mini remote. It can also be controlled via the downloadable Fire TV Remote App (now available on Android; coming soon to iPhone). The app offers the same voice search engine at the standard Fire TV box, letting you instantly find your favorite shows or content from your favorite actors just by speaking their names.

If you have an Amazon Kindle Fire tablet or were one of the very few to grab an Amazon Fire Phone, the Fire TV Stick make a great choice for a smart TV streaming device thanks for its screen mirroring feature. You can easily fling video from your tablet to the TV or from the TV to the tablet, and access some cool second screen X-Ray content. You can mirror an Android device too, provided it has Miracast support. 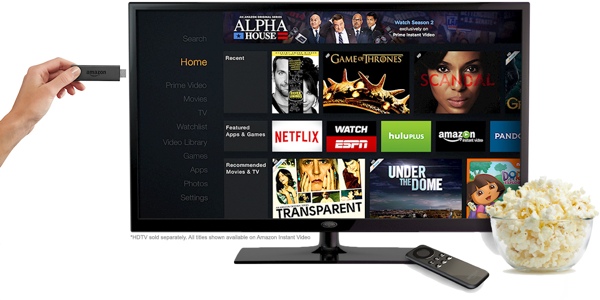 You get discount on checkout

If you are a Prime member, the discount will be applied when you go to checkout.

Amazon looked into this and they said this is not a promo that they offer.

When did you try?

As we noted in the article, the promo only ran for two days, starting on October 27th. During that time, it was valid (we checked it).