Downloading Music Illegally Could Cost You $22,500 Per Song 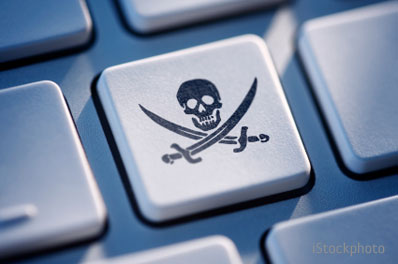 Record companies learned years ago that suing private citizens for millions of dollars over illegally downloaded songs makes for bad PR. Still, a number of old cases are still making their way through the legal system. Just yesterday, the U.S. Court of Appeals for the First Circuit upheld a massive legal judgment against a 20-year-old file sharer in Sony BMG v. Tenenbaum, confirming that it is constitutionally acceptable to hit those who share music online with a nasty, arguably arbitrary $22,500-per-song punishment.

In 2003, Joel Tenenbaum received a letter from record company Sony demanding $3,500 in fees for 30 songs the then college student downloaded using file-sharing service Kazaa. Tenenbaum was unable to pay and ultimately took the matter to trial in 2009, where a jury award the record company a $675,000 verdict – 15 percent of the $4.5 million maximum allowable by law.

The judge in the case ultimately reduced the fine to $67,500, claiming that the jury’s six-figure punishment violated Tenenbaum’s due process rights. An appeals court later re-instated the original verdict in 2011.

In its ruling yesterday, the First Circuit court was not addressing whether Tenenbaum broke the law – he had already admitted to his file sharing activities under oath – merely whether or not such a massive judgment was constitutional. “Much of this behavior was exactly what Congress was trying to deter when it amended the Copyright Act,” the verdict reads. “Therefore, we do not hesitate to conclude that an award of $22,500 per song, an amount representing 15% of the maximum award for willful violations and less than the maximum award for non-willful violations, comports with due process.”

Arguably, the $675,000 verdict for the 30 songs pirated by Tenenbaum has no real-world connection to the actual losses suffered by record companies as a result of the defendant’s file sharing. A 2004 study done by Harvard University and the University of North Carolina suggests that, “while downloads occur on a vast scale, most users are likely individuals who would not have bought the album even in the absence of file sharing.”

If you’re still downloading music illegally, you should probably stop – while massive verdicts like these are likely a thing of the past, record companies are still pursuing copyright violators. Check out music streaming services such as Spotify instead – many offer free on-demand listening if you're willing to put up with an ad or two.