Why You Should Care About Last Friday's Internet Outages 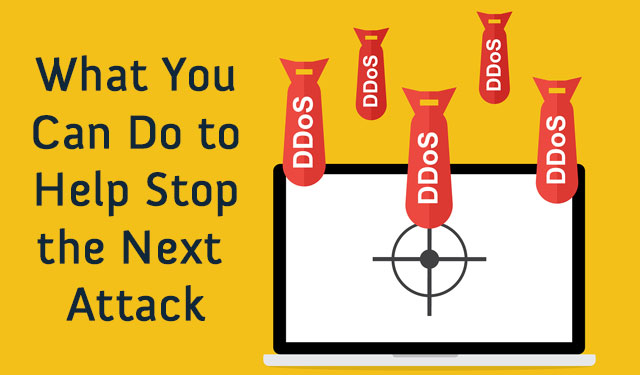 On Friday, you probably noticed that you couldn't get to some of your favorite websites, like Twitter and Amazon. It was the result of an attack on Dyn, a DNS provider that helps direct Internet traffic. DNS is like a digital phonebook: when you try to get to amazon.com, your computer checks with a DNS provider like Dyn to find out exactly where on the Internet to go to find it. Attackers flooded Dyn with more Internet traffic than its servers could handle, which left ordinary Internet users unable to reach their favorite sites.

But beyond not being able to stream Spotify for a day, why should we care about these attacks? Because while this attack was just an inconvenience for most people, the next one could be worse. Imagine not being able to use your credit card because a store can't connect to the card provider or your bank not being able to send an electronic bill payment because the network is down. The consequences of attacks like this can be much more than just an annoyance.

What we can do to stop them

The attack against Dyn was a DDoS, or distributed denial of service attack. This means that numerous devices—Dyn reports tens of millions—attempted to connect to Dyn's servers at once, leaving legitimate traffic unable to get through. Such attacks are hard to stop because they come from so many places at once, and as more connected devices come online there are only more devices hackers can hijack for DDoS attacks.

That's right: your connected printer, home camera, thermostat, coffee pot, refrigerator, slow cooker and even your computer could be part of the problem. Any device that's connected to the Internet could be hacked and used in such an attack—which is exactly what happened with the Dyn attack on Friday.

But like our computers, keeping other devices on your home network secure often just requires just a bit of effort. Here's what you can do to make sure your devices are secure:

These rules also apply to computers in your home, which can be compromised in the same way to cause DDoS attacks. Make sure you apply security patches and run an antivirus program to ensure your computer isn't compromised.