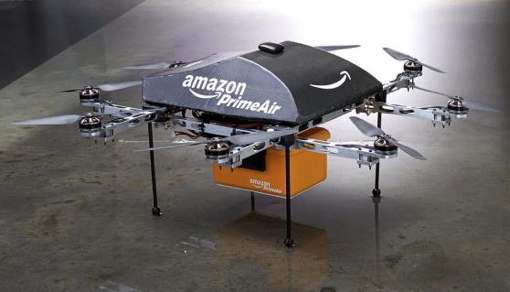 Could your Amazon orders one day be delivered by an unmanned drone? This week, we moved one step closer to that future. The U.S. Federal Aviation Administration (FAA) has issued Amazon a special “experimental airworthiness certificate,” allowing it to test and research air delivery drones outdoors.

Don’t expect drone deliveries any time soon, though – the FAA is keeping Amazon's tests on a tight leash. Under the terms of the certificate, a licensed airplane pilot is required to operate the drones. Further, they can only be flown during daylight hours, in good weather and no higher than 400 feet off the ground. The pilot is also required to maintain constant visual contact with the drone, and any software, hardware or communications malfunctions will need to be reported back to the federal government. These safety rules are in addition to any privacy rules set up by Obama administration executive orders.

Amazon first announced its intent to offer “Prime Air” drone-based delivery in December 2013. We called the move a marketing stunt at the time. Drones have special liability issues – a malfunctioning craft could easily crash into a power line or collide with a human, causing serious injury. We’re still skeptical, but it seems that the federal government is at least willing to give Amazon the chance to prove that it can use drones for commercial purposes in a way that won’t endanger the public.

We’re eager to see how well Amazon’s drones perform. In the meantime, drone restrictions are far lighter for amateur tech hobbyists like you and me. You can currently purchase a smartphone-controlled drone for under a hundred dollars at the Apple Store and other places where cutting-edge tech is sold. They’re a fun modern take on model airplanes and can be used to get some pretty amazing aerial photographs for home and wedding videos. Just be careful where you use them – plenty of people are rightfully uncomfortable with the idea of unmanned aircraft hovering above their private property.

Drones could be the turning point of delivering packages. There are advantages and I know there will be disadvantages of using it but the fact that it will offer more convenience it a great things.