Google Maps Can Now Warn You When Your Bus Is Overcrowded

Google Maps is a fantastic tool for finding your way around public transit. With a quick search, you can find public transit routes (and combinations of routes) that will get you to your destination, along with departure times, total travel time and cost. That makes it easy to catch public transit without ever having to look up a schedule or guess at whether or not you have enough cash for the fare.

However, Google’s public transit directions are getting even more useful, because Google can now predict how crowded your bus or train will be. This isn’t a technological magic trick: for nine months, Google has been asking Maps users about their experience on public transit. Using that data, Google can now make accurate predictions on how crowded your commute will be. 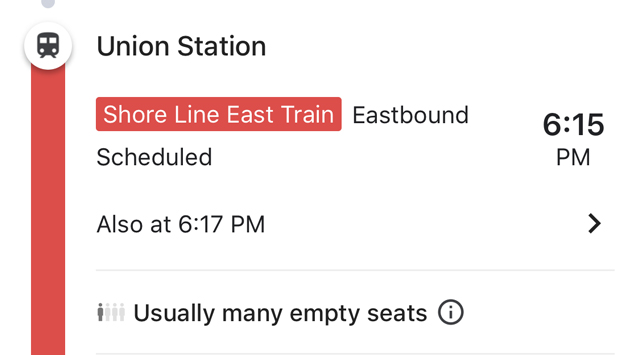 You probably know what kinds of crowds to expect if you commute by public transit every day, but this new data could help you find times to travel when you won’t be stuck in a standing-room-only train. And for anyone who’s not a daily commuter, this offers insight into what to expect when you’re waiting on the bus — and whether you should wait for the next one if you’d rather sit. One caveat, there is not a lot of data right now, so the feature may not show up while searching now.

Google already has a similar system for retailers and restaurants, listing times when they’re most (or least) crowded when you search for them. It’s a handy way to help you manage your time better, letting you decide if you want to catch the bus early so you have a place to sit or take a late lunch to avoid crowds at your favorite restaurant.

Some cities are also getting a new feature, though it’s one Google has offered for a while now: live traffic information. With this, Google Maps will be able to tell you when your bus will be delayed and how long it will take you to arrive in current traffic. This information was already available in Google Maps in areas where public transportation services provided the information, but that misses a lot of cities. Now Google is predicting bus delays using machine learning, which tracks traffic conditions to estimate when your bus is likely to be late.

All of this is incredibly useful information for commuters, but it also raises questions about the kind of information Google is collecting on us. The data to make these predictions was gathered from users who allow anonymized location data to be shared with Google — which you may have enabled without realizing it. And even if you have it turned off, Google has been known to track you anyway.

If you think Google tracking your location is creepy rather than helpful, here’s how to turn it off.