Matt Rogers of Nest Talks About the Future of Home Automation 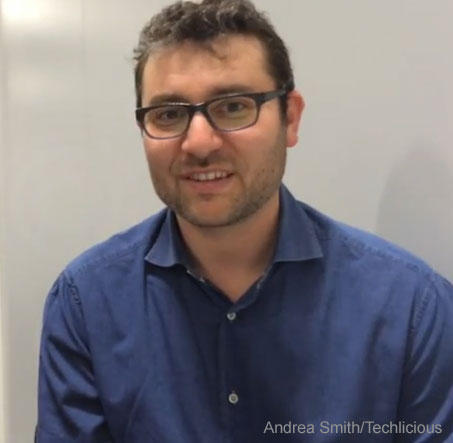 The IFA tech show in Berlin is packed with booths showing off the latest tech for smart, connected homes, but many consumers still have worries about privacy and how to make the various gadgets work together. Matt Rogers, co-founder and vice president of engineering at Nest Labs, makers of the smart Nest Learning Thermostat, says he's pretty confused by all the different protocols as well.

That's one of the reasons why the Nest thermostat, which disrupted the industry when it first launched, developed the Works With Nest program — so users don't have to think about it. At the IFA tech show where Rogers is giving a keynote presentation, he told us smart products should just work. “Our Works With Nest program means whether it's a car or a light bulb, they should just work," he said. "It doesn't matter how they connect. Your home is not a platform war.”

Privacy has become a matter of particular concern to users since Google's recent acquisition of Nest Labs. Rogers notes that Nest is operated completely independently of Google, with its own management team and brand, and they are in business to sell products and services, not ads. "Your home is a private place, your most sacred place," he says. "It's where you raise your family; you should be in control of your privacy. If you share it with us, it's because you choose to share it with us.”

An upcoming update of note to the Nest Protect smoke detector will help the device differentiate between steam and smoke. I always thought it was bacon grease that set off my detector, but since many people wisely install smoke alarms outside their bedrooms, it's apparently easy to set it off.

Rogers, who is in Berlin to announce the European expansion of Nest to France, the Netherlands, Belgium and Ireland, says Europeans are showing a lot of interest in devices that monitor energy usage and help save money. For more from our conversation with Rogers, see the video below.