Is Apple Preparing to Conquer Your Smart Home? 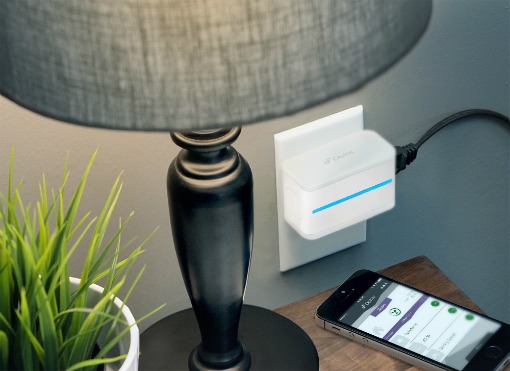 Until recently, the term "smart home" (or its older appellation, "home automation") usually meant a system requiring lots of retrofitting and integrated components and control panels costing thousands of dollars. But platforms such as Wink and Staples, Belkin's WeMo, AT&T Digital Life and systems are now being sold by local cable providers. They provide low-cost, modular smart home systems that let you control lighting, temperature, home entertainment, cooking, door locks and garage door openers, security cameras and systems and other digital and electronic aspects of your abode. These products use a variety of wireless protocols such as Wi-Fi, Bluetooth and ZigBee or Z-Wave, all from a single smartphone or tablet app.

At this week's Consumer Electronics Show in Las Vegas, at least a dozen companies will be unveiling new smart home platforms to take advantage of what promises to a smart home boom in 2015. With so much competition, it will be difficult for any one company to stand out — except one: Apple.

Only Apple has never been and likely will never be an exhibitor at CES. Nevertheless, the company's HomeKit platform could emerge from the smart home competitive carnage as the smart home leader.

"Everyone's getting ready," Brian Bedrosian, senior director of embedded wireless in the mobile and wireless group at Broadcom, recently told Forbes. "Expect to see new product launches in the next cycle of product releases."

Three companies we know of — Grid Connect, iDevice and iHome — will use CES to launch connected AC module plugs that, when plugged into an AC outlet, will let you control, monitor and schedule whatever is plugged into them. Grid Connect's description of the capabilities of its ConnectSense Smart Outlet dual-outlet AC jack with a USB charging jack ($79.95, now available for presale) provides a quick snapshot of HomeKit's potential.

The Smart Outlet gives you greater command over your environment by allowing you to control and monitor just about any device that plugs in, including lights, heat, fans, air conditioners, televisions, coffee machines, dishwashers, ovens, washing machines and dryers and many other household devices. For example, parents could make TV viewing or video games off limits until a specified time; homeowners could program the house lights to turn on when the garage door opens; and the washer and dryer can notify homeowners when laundry is complete.

Integration with Apple's new HomeKit provides quick, powerful access to control smart outlets anywhere in the home via Siri. Control groups of devices, such as all lights, use all-off capabilities or check the status of devices in your home ("Did I leave my iron on?"). In addition, the system allows interoperability with other HomeKit-enabled products from many different manufacturers.iDevice's Switch, which should be available this spring, can be controlled remotely. Initially, you'll need an Apple TV to manage the switch, but non-Apple TV control will be added later.

Less is known about the iHome HomeKit iSP5 Smart Plug other than it'll work with the company's iHome Control App; no pricing or shipping date was available at press time.

Apple isn't exactly known for designing ecosystems that play nice with others. So will HomeKit obviate other smart home platforms? Will all smart home players eventually have to surrender to the Cupertino giant?

"There's a lot of speculation about Apple HomeKit and exactly how it will evolve over time," speculates Brett Worthington, vice president of Wink. "But we hope to integrate Apple's HomeKit language and functionality into Wink in the future."

Some analysts are a bit more cynical about Apple's intentions.

"[HomeKit] is clearly a play to be that core connectivity provider that provides platform management, to keep Apple at the center of control, even if it's not making the device, to keep that connection," notes Jonathan Collins, principal analyst at ABI Research, "They're building an ecosystem, but they're careful to put themselves where it matters — in day-to-day management."

Considering the order Apple design often brings to chaotic technologies, creating a singular system to reduce the confusion sure to arise with the cornucopia of competing smart home platforms that will be announced this week at CES isn't necessarily a bad thing.

Notes Bill Ablondi, director of smart home strategies for Strategy Analytics: "If Apple designs the platform or 'framework,' as they call it, to integrate and coordinate a wide variety of devices, it will be a contender to lead the market."