Is Your TV Watching You? Latest Models Raise Concerns 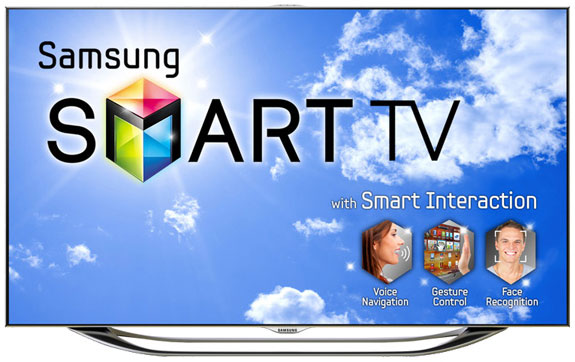 Samsung’s 2012 top-of-the-line plasma and LED HDTVs offer new features never before available within a television including a built-in, internally-wired HD camera, twin microphones, face tracking and speech recognition. While these features give you unprecedented control over an HDTV, HD Guru is reporting that the devices themselves, more similar than ever to a personal computer, may allow hackers or even Samsung to see and hear you and your family, and collect extremely personal data.

While Web cameras and Internet connectivity are not new to HDTVs, their complete integration is. And it's the always connected camera and microphones, combined with the option of third-party apps (not to mention Samsung's own software), that gives us cause for concern regarding the privacy of TV buyers and their friends and families.

Samsung demoed these features to the press earlier this month. The camera and microphones are built into the top if the screen bezel in the 2012 8000-series plasmas and are permanently attached to the top of the 7500- and 8000ES-series LED TVs. A Samsung representative showed how, once set up and connected to the Internet, these models will automatically talk to the Samsung cloud and enable viewers to use new and exciting apps. 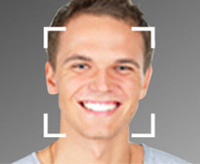 These Samsung TVs locate and make note of registered viewers via sophisticated face recognition software. This means if you tell the TV whose faces belong to which users in your family, it personalizes the experience to each recognized family member. If you have friends over, it could log these faces as well.

In addition, the TV listens and responds to specific voice commands. To use the feature, the microphone is active. What concerns us is the integration of both an active camera and microphone. A Samsung representative tells us you can deactivate the voice feature; however this is done via software, not a hard switch like the one you use to turn a room light on or off.

And unlike other TVs, which have cameras and microphones as add-on accessories connected by a single, easily removable USB cable, you can't just unplug these sensors.

During our demo, unless the face recognition learning feature was activated, there was no indication as to whether the camera (such as a red light) and audio mics are on. And as far as the microphone is concerned, there is no way to physically disconnect it or be assured it is not picking up your voice when you don’t intend it to do so.

Samsung does provide the ability to manually reposition the TV's camera away from viewers. The LED TV models allow you to manually point it upward, facing the ceiling; the plasma’s camera can be re-aimed to capture objects in the rear of the TV, according a Samsung spokesperson.

We began to wonder exactly what data Samsung collects from its new “eyes and ears” and how it and other companies intend use it:

Companies desiring to provide highly targeted advertisements to you via the TV screen or external marketing would find this data extremely valuable. “Hey, you look a little tired, how about some Ambien? I’m seeing a little grey, have you tried Grecian Formula? Joe, it looks like you packed on a few pounds recently, here’s information from Weight Watchers. Hey kids, you look bored, look at these TOYS!”

Weeks have passed since we formally requested answers to these questions from Samsung asking what if any privacy assurances Samsung provides. To date, no privacy statement has been furnished to HD Guru or end users.

The first models with these features arrived on dealer’s shelves over two weeks ago. All that we’ve been told is that when connecting to the Internet, the TVs first connect to the Samsung cloud, and from there, they connect to the various streaming video services and other apps for activation.

Samsung induces its new Smart TV owners to register online by offering a free three-month extension of the TV’s warranty. This would couple user names and addresses to their TV serial numbers, if the company so desired.

Want to read the owner’s manual for your new Samsung TV? This is accomplished by download, as Samsung stopped including printed owner’s manuals at least two years ago. However, before you may download the manual, you must first agree to the following online statement:

We asked Samsung to define “appropriate” but to date have not received a response.

Don’t assume a TV is an un-hackable island! Samsung does not disclose what operating system is within its TVs, therefore we cannot confirm if it is Android and/or any other that might have a prior history of hacking.

It has been widely reported that Android phones have been hacked via third party apps allowing outside control of phones, .

Countless companies have had their networks hacked, causing thousands of customers’ personal data to be released to the world. If this were to happen to Samsung, it is theoretically possible hackers could gain access to names, addresses -- and images of the faces of entire families.

A Samsung representative said the company is working on apps that will allow its Smart TV owners to turn their televisions into a silent home-security system by allowing remote viewing on a smartphone or tablet via the TV’s built-in camera. This ability makes us ask, “Who else could gain access this video feed?”

There are security systems that go over the Internet, however, many are encrypted. Is any of Samsung’s data encrypted? The company doesn't say. Generally security companies let customers know when their data is encrypted, as it is a selling point.

In addition, the Samsung HDTVs come with an external infrared blaster that allows users to control a cable or satellite box via voice, gesture or the Samsung remote. We ask: does the TV send this information over to Samsung’s cloud as well? Does Samsung now know what other equipment you have, when you’re home to use it, what channel you’re viewing and when?

While there is no current evidence of any particular security hole or untoward behavior by Samsung's app partners, with so many questions raised and no answers provided, HD Guru recommends you weigh the possibilities and decide whether or not you care about the unknown personal privacy risks before purchasing one of these HDTVs.

The lack of user-managed controls around these sensitive features shows poor thinking and design, but the fact that Samsung didn’t have a set of answers ready to adress the very valid questions you raised with them when they launched their new TVs makes me question the company even more.

I am in the market for a new plasma and was debating between Samsung and Panasonic. Panasonic it will be.

It has been available to see and hear through TV sets for lots of years.
Yes, even them old clunky tube types had this capability…give or take, from 1955 on.
The new flouriscope technology is what is used to literally ‘look’ inside your house from the street, or on any road you travel…and listen as well if deciding to do so.
Besides, all those retailers can tell everything about you, and do offer that info to our loving gov…
So…
Forget privacy.
As privacy no longer exists, and hasn’t for years.

...why would consumers ever think this intrusive sort of technology in the home is desirable?  Have people gotten so lazy that we can’t even be bothered changing the channel using the remote, we want the TV to figure out what we want to watch based on face recognition.

We know that our privacy has been chipped away for many years but come on.  It’s not bad enough that our cell phones can be turned on and tracked remotely by law enforcement but before long the 12 year old computer geek down the block will be able to watch you having sex in your own bed through your TV and post it to YouTube.

Of course the government won’t be able to resist the temptation to try to find “terrorists” through this new capability, and we know from experience that the telecom companies will not attempt to refuse them.

And you can’t turn these things OFF???  They can keep it.

I will never purchase another Samsung Product...

When will this privacy invasion end? Well, apparently the government is not here to protect us from “invasion of privacy” laws, so no help there!

I believe, without a shadow of doubt, that Samsung has gone way too far with this new TV that dons a camera and a microphone. Personal conversations and privacy has just been thrown out the window in lieu of watching through their own window to our world!

Question? Would the developers of this Spy TV be willing to have one in their own homes? I bet not!

I agree with Mary above, what is to stop hackers from viewing us in compromising positions and posting it to youtube. Shame on you Samsung!! I will no longer purchase ANY of your products!

Give up your rights

Welcome to the New Age of warrantless surveillance!