LeapFrog and VTech Announce the Next Generation of Kids' Tablets

Earlier this week, Apple was forced to issue refunds for unauthorized in-app purchases made by minors. The news only highlighted just how kid-unfriendly tablets can be. With a few taps of a tiny finger, your well-meaning youngsters can run uncover pornography, violent material, install viruses and drain your bank account of thousands of dollars in the process. It’s not their fault, of course – they’re kids, and most tablets simply aren’t made with them in mind.

Thankfully, though, there are plenty of kid-friendly tablet options available, with more on the way. Both LeapFrog, maker of the popular LeapPad line of kids’ tablets, and VTech, maker of the InnoTab kids’ line, unveiled their latest models for kids aged 4 to 9 this week: the LeapPad Ultra and the InnoTab 3.

Which tablet is right for you and your kids? Let’s take a look at both. 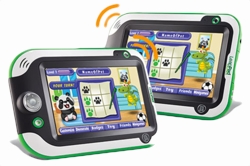 First, the basics: The LeapPad Ultra comes with a 7-inch touch screen, front- and rear-facing cameras, and 8GB worth of storage. It’s hard to break (important!), and because each of the 800+ available apps for the tablet are hand-picked by LeapFrog, you can rest easily that content will be educational and age-appropriate. Even the included web browser only allows access to pre-approved, whitelisted sites.

The $149.99 LeapPad Ultra will be available for pre-order on July 17 before it hits retail stores in August. Apps for the LeapPad begin at $5, and game cartridges are available for $24.99 each. 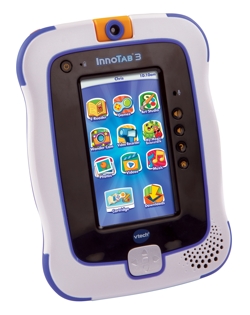 The sturdy VTech InnoTab 3, meanwhile, is a bargain-priced alternative to the LeapPad. Naturally, there are fewer hardware features – there’s only one camera (though it does rotate 180 degrees front-to-back) and 2GB of memory, expandable to 32GB. The InnoTab’s 350 app library is smaller than the LeapPad’s, though the number of available apps is expected to grow to 600 by the end of the year.

The InnoTab 3, at just 4.3 inches, is also much smaller than the competition, but your kids may very well think that to be a benefit. After all, doesn’t technology get cooler when it gets smaller?

The tablet’s best feature, however, may very well be its price: The InnoTab 3 is slated to retail for just $69.99. Pre-orders for the InnoTab are currently being taken at Amazon, Target, Toys R Us, Walmart and at vtechkids.com.