Lenovo ThinkPad X1 Fold is Bigger and Better in Every Way

When Lenovo introduced its revolutionary X1 Fold foldable laptop at CES in 2020, it seemed like everyone's dream of the perfect laptop. But the specs and power of that first foldable PC, while appealing to early adopters, did not deliver in terms of usability.

This year at the IFA tech show in Berlin, Europe's biggest technology showcase, Lenovo showed off the newly redesigned ThinkPad X1 Fold with a significantly larger display, more streamlined design and updated powerful specs. Going from a 13.3-inch display that folds into a tiny 10-inch class laptop, the ThinkPad X1 Fold Gen 2 is now a generous 16.3-inch display, which folds into a useable 12-inch laptop. 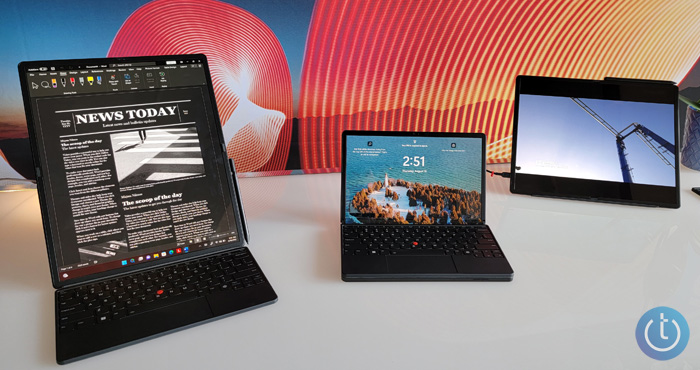 You can use the X1 Fold Gen 2 in multiple ways. You can use it as a giant tablet, fold it and and use it as a traditional clamshell laptop, or use the optional stand and keyboard to set it up as an all-in-one computer.

The first thing you notice on the ThinkPad X1 Fold is the bigger, brighter 16.3-inch 2024 x 2560 OLED display with 600 nits of brightness in HDR mode (the original was 300 nits). That huge panel folds down into a 12-inch display when used in laptop mode with a fold-flat hinge, so the device now closes completely flat instead of leaving a small gap. In addition, the bezels have been slimmed, so it looks ultra-sleek, although there is still a bit of bezel to allow you to hold the device by the edges in tablet mode.

Lenovo re-engineered the hinge of the first-generation ThinkPad X1 Fold so that the new model opens and closes completely flat, giving it a more seamless, streamlined look. Unfortunately, that means the keyboard can't be stored inside the folded display like the first-generation model. Instead, the keyboard attaches magnetically to the display when in use or to the back of the laptop for carrying. The stand is optional and attaches magnetically instead of being built into the display like the first-generation model. You can still carry it with a one-hand hold like a clutch purse.

Lenovo also swapped out the leather folio exterior in favor of an aluminum frame and woven covers made from recycled plastic. I liked the look and feel of the previous leather back, so I'll wait until I get some more hands-on time with the new model to see how the different material feels. 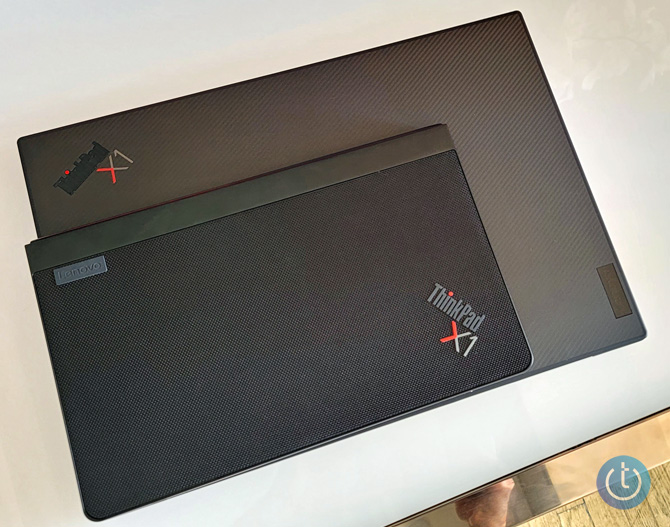 Lenovo redesigned the speakers and mic to accommodate the different use cases. Three Dolby Atmos speakers are on the display's sides, so two will always be active. There are also dual microphones so that both, or one, will be optimized, depending on the mode used.

An upgraded optional keyboard and pen

There is now an optional ThinkPad Bluetooth TrackPoint keyboard. Unlike the first-generation keyboard, the X1 Fold Gen 2 keyboard is backlit and has a haptic touchpad and a fingerprint reader that supports Windows Hello. The keyboard no longer charges while magnetically attached to the device, so it must be charged via a USB-C cable. 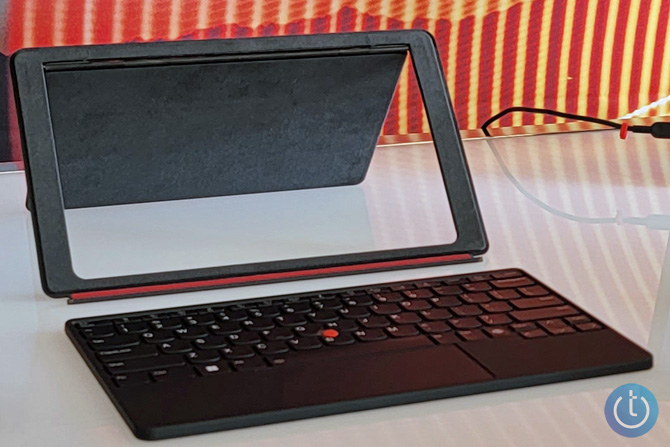 Lenovo also has a new optional pen that uses Wacom technology so if you already have a Wacom pen it will work with the new ThinkPad X1 Fold.

The X1 Fold has a front-facing 5MP camera that now sits at the top of the display when unfolded in landscape mode. On the first generation X1 Fold, the camera was optimized for use in clamshell mode. The camera also has presence sensing and will automatically lock your computer when you leave and unlock it when you return.

One of the primary reasons I didn't use the previous model X1 Fold very much is that it was underpowered. This time around, the X1 Fold will come with a much higher performing 12th Gen Intel Core i5 or i7 U series processor, up to 32GB LPDDR5 of memory, up to 1TB of storage space, and Intel Iris Xe Graphics. So this new X1 Fold has enough power to be your primary computer. And connectivity includes WiFi 6E, Bluetooth 5.2, and the option for 5G Sub 6 and LTE.

The laptop alone weighs 2.8 lbs. and increases to 4.2 lbs. when you add on the keyboard and stand. That's not bad for a portable 16-inch laptop.

Lenovo promises up to 11 hours of battery life, an increase of about three hours over the first-generation model. 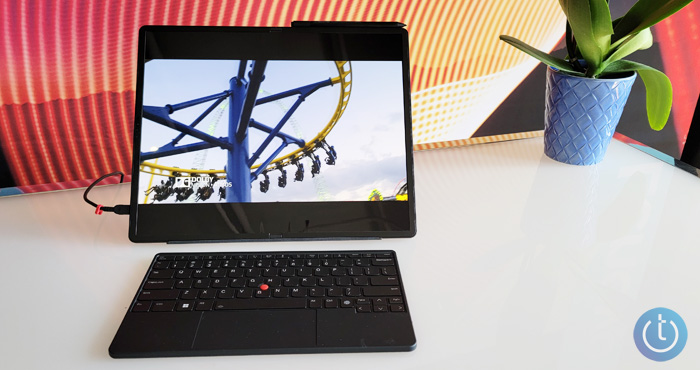 The Lenovo ThinkPad X1 Fold gives you an updated laptop built for multitasking with a generous 16.3-inch OLED display that can transform into a 12-inch laptop for traveling. It will ship in November starting at $2,499, not including the optional stand or keyboard. We don't have pricing on those yet, but it will add to the overall cost.

We will review it once it becomes available, but if it performs as the design and specs promise, the ThinkPad X1 Fold Gen 2 will finally deliver the best of both tablet and laptop experiences.