With the MacBook Air and 12-inch MacBook, Apple has been focusing on slim laptops with great battery life, but the MacBook Pro line has been collecting dust. While the high-end Pro models have received processor updates to help them keep up with the times, their basic design has remained the same since the introduction of Retina models in 2012, and they've grown to look increasingly clunky next to the rest of Apple’s lineup.

Now a major redesign brings the Pro line into the future. The thinner, lighter models are faster than ever and boast better battery life (10 hours for both models) and an improved Retina display. Both the 13-inch and 15-inch models are considerably smaller than their predecessors, shedding a half-point of bulk each. The 13-inch Pro is now slightly smaller than the 13-inch Air. The petite new 13-inch Pro is thinner than the comparable 13-inch Air — 14.9mm to the Air's 17.2mm — with 13 percent less overall volume while weighing the same 3 pounds. That makes the 13-inch MacBook Pro very appealing to anyone who needs both power and portability. The slightly bulkier 15-inch Pro, at 4 pounds, continues to be a power-user option. 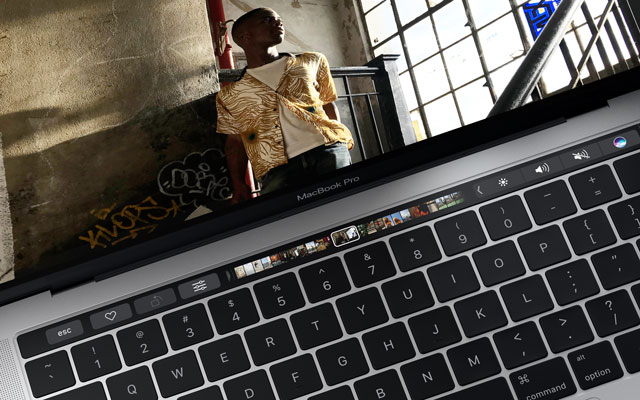 The stand-out feature of these new MacBooks is the Touch Bar. The row of function keys at the top of the keyboard has been replaced with a narrow Retina touchscreen that supports multi-touch gestures. It has all the functionality of the original keys, but it's now customizable and changes depending what app you're using. For example, in Safari it can display bookmarks or search bars; in Photoshop, it gives you access to a range of tools. This new feature alone isn't really a reason to splurge on a brand new laptop, but the customizable tools could be really useful. And unlike the touchscreens on Windows-based Ultrabooks, you can access those tools without taking your hands off the keyboard. 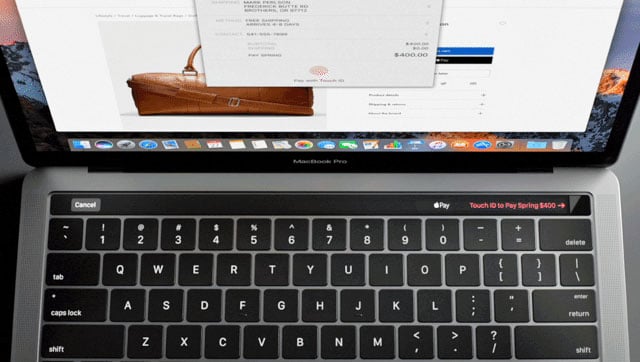 Touch ID is also part of the package, with a sensor on the right side of the Touch Bar (where the power button is located on current MacBooks). The touchpad and keyboard also received some improvements. The second-generation butterfly mechanism on the keyboard should be more comfortable and responsive, and the touchpad is twice as big.

●        The 13-inch MacBook Pro without Touch Bar is the low-end model. This baseline model lacks the Touch Bar and Touch ID but includes the updated design and power of the rest of the line. It's meant as a power upgrade to the current 13-inch MacBook Air — basically the Air with a Retina display, a more powerful processor and better graphics. It starts at $1,499 (compared to the 13-inch Air's more budget-friendly starting price of $999).

●        The 13-inch MacBook Pro with Touch Bar is the middle-of-the-road option. In addition to the Touch Bar and Touch ID, it includes faster processor options (including an optional upgrade from an i5 to an i7 processor), slightly better graphics and two more Thunderbolt ports. It starts at $1,799.

●        The 15-inch MacBook Pro with Touch Bar is the powerhouse of the family. It features an Intel i7 quad-core processor up to 2.9GHz (compared to the dual-core i5 processors that are standard in the 13-inch models) and Radeon Pro graphics (compared to the Intel Iris graphics on the 13-inch models). It's a serious computer for anyone who needs performance, and it starts at $2,399.

Should you rush out to buy a new MacBook Pro? If you've been waiting for Apple to update the MacBook lineup with more powerful systems, these models offer that plus a smaller size, better battery life and the handy interface improvement of the Touch Bar. Is it a revolutionary upgrade that means you need to upgrade last year's MacBook? Probably not.

You can order the 13-inch MacBook Pro without Touch Bar right now; it begins shipping today for delivery as early as Oct. 31, though it’s not available for in-store pickup. The 13-inch and 15-inch Touch Bar models can be preordered now and ship in two to three weeks.