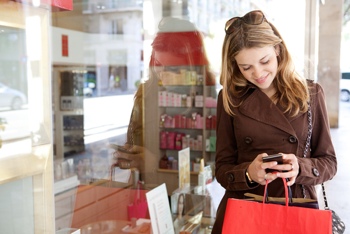 Are you using your mobile phone a lot more than your PC these days? If so, you’re not alone. According to a new Nielsen report, the average American now spends more time in front of his or her smartphone than in front of a PC.

During the month of December 2013, American smartphone owners spent an average of 34 hours and 21 minutes using their devices, spread out amongst an average of 7 daily sessions each. American online PC usage, meanwhile, was a cumulative 26 hours, 58 minutes per month.

U.S. smartphone usage has risen about 6 hours per month (and 2 sessions per day) since December 2012, Nielsen confirms.

The report also shows that Americans spent 185 hours per month watching TV in December. This suggests the average American spends nearly half of his or her waking day (246 hours, 19 minutes) with eyes glued to one screen or another.

And what, exactly, are we spending that time doing? We spend the largest chunk of our smartphone time using social media apps like Twitter and Facebook (29%), while just 12% of screen time is devoted to more traditional communications. Productivity apps (11%), games (9%) and entertainment (6%) round out the top five.

Smartphones, computers, and the TV can be plenty entertaining, but be careful to take breaks to rest every now and them. Doctors warn that spending too much time staring at your phone is bad for your eyes. This is especially true for kids: The American Academy of Pediatrics recommends no screentime for kids under 2.