If you're online—and reading this!—you've probably heard of Twitter. But just what is Twitter for? How does it work? And how do you get started using it? Whether you want to start using Twitter yourself or just want to know what it is, we'll help untangle the mysteries of this social networking site.

Think of Twitter as a big, open room—with all of Twitter's 200 million active users chatting away inside from all over the world. You can roam around and listen to what everyone's talking about or just chat with a small group of your friends.

Twitter is considered a micro-blogging service, which means the posts made to Twitter have to be an extremely brief, 140 characters or less. Unlike Facebook, which has lots of options that allow you to keep your information private, Twitter is a predominately public space. Though you can make your Twitter account private, meaning only people you approve can see your messages, you only have two options—to be completely public or completely private.

You may not think 140 characters is very much to get something across, but these brief messages are perfect for sharing small updates, little bites of everyday life. And while each message is short, you may find yourself replying to other people—and them replying to you—which turns a single short message into a longer conversation. Twitter also lets you easily share links, photos, and videos, which you can post for your friends—or everyone— to see with or without comment. 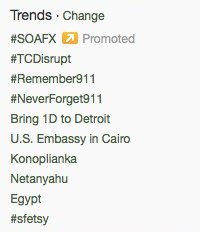 Twitter isn't exactly a foreign language, but it may seem that way to newcomers. Here's some basic terminology you'll need to know:

Username: Everyone on the service has a unique username. In order to talk to someone on Twitter, you have to address them by their username, preceded by an @ symbol. Ex. @Techlicious is our username.

Tweet: A public message posted on Twitter. Your message can be just text or include links, videos, or photos. Ex. "She tweeted about meeting her future mother-in-law today."

Retweet: When you repost a message from someone else, you're retweeting it. Usually these messages are preceded by RT, though sometimes you'll see them preceded by MT, or "modified tweet." A modified tweet isn't an exact duplicate of the original; it has been edited in some way, usually for length so the retweeter can add their own commentary or a link.

Reply: If you want to reply to someone who has posted an update on Twitter, just start your message with @username to direct it at them. Remember, though: this isn't a private conversation! People who follow you and the person you're talking to will see this message.

Direct Message: In addition to the public tweets, you can also send private direct messages to anyone who follows you (though they won't be able to message you back unless you also follow them). 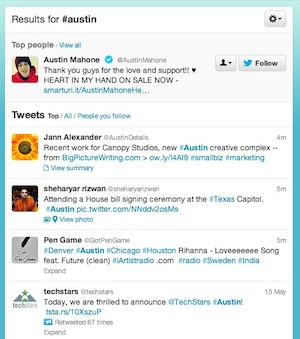 Hashtag: Words after a # symbol are hashtags, which can be used to track conversations or topics on Twitter. You can easily search for hashtags to find information or see which hashtags are trending.

Block: If someone is bothering you on Twitter, you can block them so they can no longer follow you or send you messages.

Trends: The most popularly used hashtags at the moment are considered to be "trending" on Twitter.

Lists: Lists of Twitter users. You can create your own lists or view lists created by others.

URL Shorteners: Because you only have 140 characters to work with, when you send links (also known as URLs) on Twitter, the service will automatically use a URL shortener to abbreviate the link. But be aware that this can make it easier for scams and malware to hide: don't click on links from suspicious accounts and be sure to be wary of potential scammers. If you get a message from a stranger with a link in it, you should be careful about clicking on it—especially if there's no other information or context included with it. It's probably some kind of scam! When in doubt, you can copy and paste the link into a link decoder like LongURL or URL X-ray.

Vine: A mobile app from Twitter that allows the creation of brief, 6-second video clips that you can share. Vine is currently available only for iOS devices and free in iTunes.

Twitter #music: This part of Twitter aims to help you discover new music by showing you which songs and artists are trending on the site.

Creating an account is simple: just go to Twitter's sign up page and follow their instructions. Twitter aims to keep things simple and account creation is simple as well, with few hurdles and customization options to trip over and keep you from using the service.

However, under your settings, there's a few configuration options you are worth considering before you start tweeting:

As we've mentioned, you can find all sorts of people and organizations on Twitter—and who you follow is going to make your experience with the service. You can search for people you know by name or by username, take suggestions from friends or strangers on the #FF hashtag or consider Twitter's suggested people to follow, which are listed on every page on the site. If you want more guidance from Twitter, the Discover tab along the top of the site will suggest both tweets that might interest you, users you might like to follow, and help you find your friends.

If you find that your Twitter feed is becoming hard to follow, you can "Unfollow" those people who aren't posting interesting information. Or separate people into "Lists", with the most important people in a separate list.

You can always get started by following us! Just look up @Techlicious on Twitter.

Twitter's website is easy to use if you're at your desktop, but Twitter's super short messages make it a great network to take with you on the go. Keep up with your friends or help them keep up with you, an easy 140 characters at a time. Twitter has official apps for Android, BlackBerry, iPhone and Windows Phone or you can access the site via the web browser on your smartphone. If none of the official options suits your tastes, there are plenty of third party Twitter apps that offer additional features. Hootsuite and Tweetbot are a couple that we recommend.

Watch out for scams 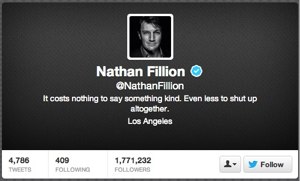 Like anywhere on the Internet, there are scammers on Twitter. Some may be malicious, trying to get you to click a link installing malware or other unpleasantness on your computer, but some may just have created a fake account that looks to be a celebrity or organization for a laugh. If you're following celebrities, look for a mark that they're "verified," which means Twitter confirms that they're definitely who they say they are.

But even if a user is verified, their account could still be hacked and used to post messages that aren't from them—so whenever you're on Twitter, be wary and don't believe everything you read. Many scammers will send you messages encouraging you to click links (which have shortened URLs, so it's not immediately obvious where they're going), so be wary of links from strangers and be sure to never give out personal information or passwords.

And remember, when you post photos and videos, these will be public (unless your account is private): so again, don't post photos that give away more information than you're comfortable with a stranger having.

We hope you've found this guide helpful. If you know of any great Twitter tips and tricks or have a question, let us know in the comments below.

If you reply you mention that those who follow you and the replyee will see your response.  Can the entire twitter universe see it as well if you are not private?