Samsung has a new addition to its Galaxy S20 lineup of smartphones, the Galaxy S20 FE (Fan Edition). It combines all the key features of its flagship phones, including 5G connectivity, at a price that's $300 less than the regular Galaxy S20.

The Samsung S20 FE can be thought of as a "lite" version of the S20, similar to what the iPhone SE is to the premium iPhone. But this is no budget phone. Samsung says it maintains the "fan favorite" features from the S20. The 6.5-inch Galaxy S20 FE has a 2400 x 1080-pixel Super AMOLED screen with a 120Hz refresh rate, which is great for gaming. And, it uses the same Snapdragon 865 chipset that's in the S20 series, supports 5G, has a triple camera on the back, and is IP 68 water-resistant.

Samsung made some cuts to get the phone down to this price point, but nothing that severely curtails the user experience. The phone has 6GB of RAM instead of the standard 12GB, and screen resolution tops out at 1080p.

The back of the device is made of plastic instead of glass. But the matte plastic, which shows fewer fingerprints, looks stylish in six colors. Colors like Cloud Red, Cloud Orange, Cloud Lavender, Cloud Mint, Cloud Navy, and Cloud White are a welcome change from the space grey and darker graphite colors we usually see. 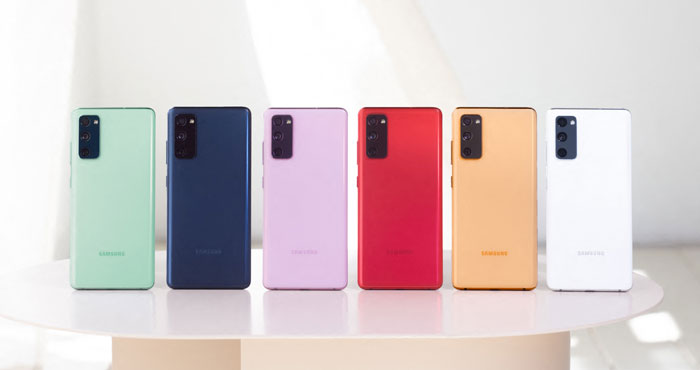 There's still a triple camera setup on the back though Samsung made some changes to the camera's lenses, dropping the telephoto lens to 8MP down from 64MP. It doesn't have the 100x space zoom that's on the S20 but still has 3x optical zoom capability (or 30x Space Zoom), optical image stabilization, night mode, and the super fun "single take" feature that gives you different versions of the same shot to choose from. You also don't get 8K video recording on the Fan Edition, but for $300 less, those are things many people can likely live without.

With the focus on 'fan fave' features, Samsung put a 32MP camera on the front, that's up from the 10MP camera on the S20. The 12MP Ultra-Wide and Wide-Angles lenses remain the same. 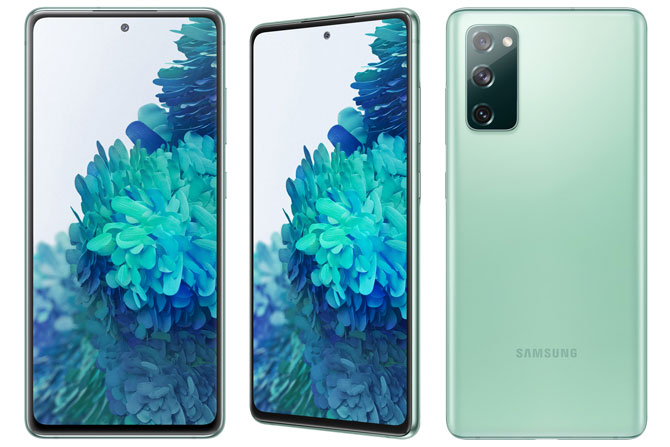 With the Galaxy S20 FE, Samsung has delivered premium style and great performance in an affordable phone. Early adopters who need the latest and greatest flagship device with all the high-end specs should stick with the S20 and S20 Ultra. But for those looking for a stylish phone in a variety of exciting, new colors, at an affordable price, the Galaxy S20 Fan Edition is an attractive option.